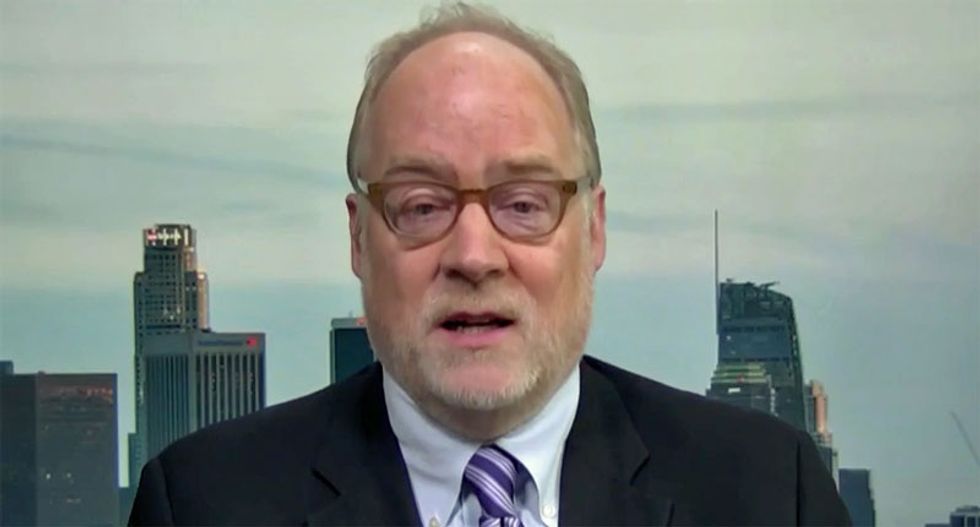 Republican strategist Mike Murphy, who had previously worked on behalf of the late Sen. John McCain, tore into the Trump White House on Monday after it raised its flags back to full-staff despite the Arizona senator's death less than 48 hours earlier.

Writing on Twitter, Murphy said he is angry -- but not surprised -- that the Trump White House is not keeping its flags at half-staff until McCain's day of interment, which is scheduled for Sunday at the Naval Academy.

"The minute TV covered it being at half-staff -- probably news to Trump that it had been lowered -- I knew it wouldn’t last," Murphy wrote. "Not in this sick White House. Yet nobody ever resigns."

In addition to raising the flags back to full-staff, Trump has also refused to pay direct tribute to McCain, a man whom he infamously mocked for getting captured in Vietnam during the 2016 presidential campaign and whom he still regularly attacks for voting against the GOP's Obamacare repeal bill back in 2017.