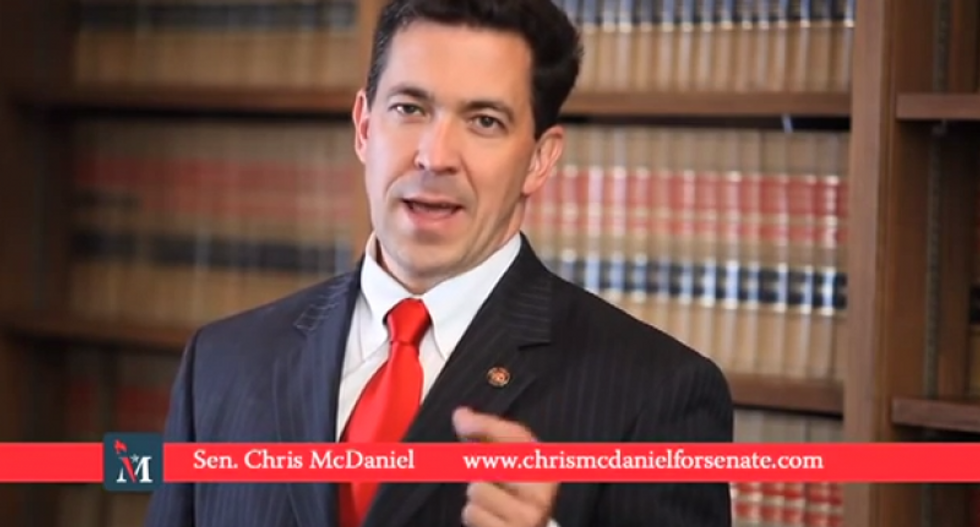 Chris McDaniel, the Republican nominee for U.S. Senate in Mississippi, sent out a message on social media Thursday praising the legacy of General Robert E. Lee, whom he claimed hated slavery.

Princeton historian Kevin Kruse, however, dropped the hammer on McDaniel's claims and pointed out the ways that Lee was very much in favor of slavery.

"Lee owned slaves and brutalized them," he wrote. "Lee led an armed revolt against the United States to preserve slavery. And during it, Lee's army captured free blacks in the North and enslaved them. But you were saying something about the 'historically illiterate'?"

Kruse went on to say that "historians have documented this in great detail and anyone who's functionally literate can read their many works on Lee's support for slavery."

Historians have documented this in great detail and anyone who's functionally literate can read their many works on… https://t.co/kG4qP8qWte
— Kevin M. Kruse (@Kevin M. Kruse)1534428177.0

CNN's Jake Tapper also called out McDaniel for historical inaccuracy and pointed him to a New York Times article about Lee's actual writings about the institution of slavery.