Hugh Hewitt claims Trump just forgot to fly flag at half staff for McCain: 'It's an egregious oversight' 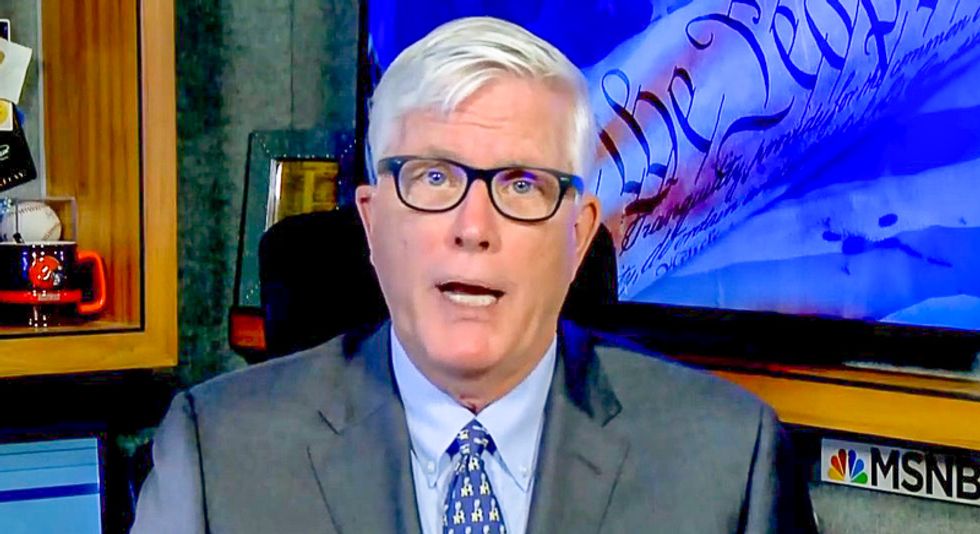 Conservative radio host Hugh Hewitt opined that the White House had not flown its U.S. flag half staff on Monday because of a simple "oversight."

The White House on Monday broke protocol by fully raising its flag less than 48 hours after the death of Sen. John McCain (R-AZ).

During a panel discussion on MSNBC, host Craig Melvin wondered why President Donald Trump had not issued a proclamation to keep the flag lowered.

"I don't know the background yet," Hewitt replied. "It's an egregious oversight at best."

"But, Hugh," Melvin interrupted. "You don't think this was an oversight. You can't think that President Trump just forgot to issue the proclamation."

"No, at best it's an egregious oversight," Hewitt repeated. "If he did it intentionally, it is a horrendous political mistake and a moral failing because John McCain transcends politics."