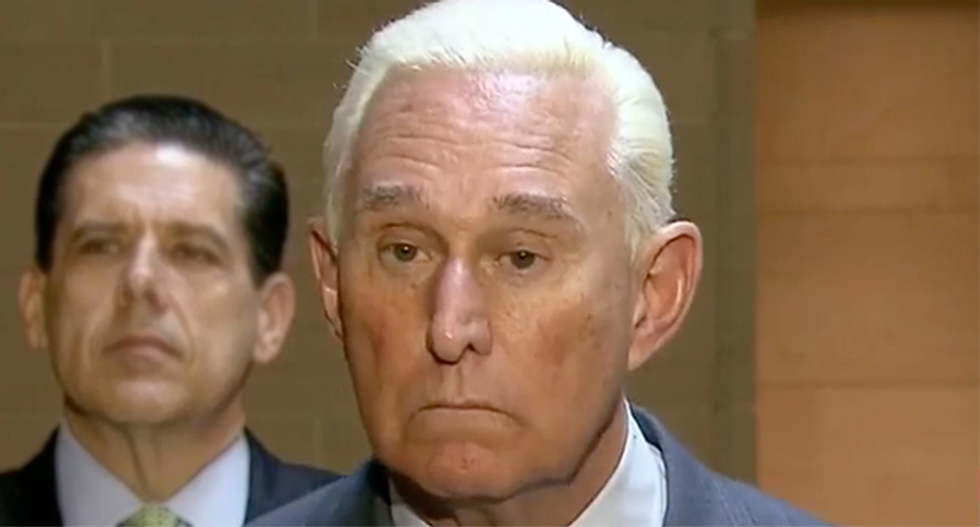 Trump ally and right-wing dirty trickster Roger Stone sent out a fundraising email to his supporters this week that asks them to give him money so he can fight what he claims is an impending indictment from special counsel Robert Mueller.

"Robert Mueller is coming after me," reads the fundraising email, which was posted on Twitter by CNN's Marshall Cohen. "I'm next on the crooked special counsel's hit list because I've advised Donald Trump for the past 39 years."

Despite the fact that Stone thinks he's about to be indicted, he insisted that he is innocent while claiming that Mueller is just out to get him because he wants to pressure him to flip on the president.

"I am being targeted not because I committed a crime, but because the 'deep state' liberals want to silence me and pressure me to testify against my good friend, President Donald J. Trump."

Leaked emails have revealed that Stone in 2016 bragged to an associate of having dinner with WikiLeaks founder Julian Assange, shortly before Assange started releasing emails that were stolen from Hillary Clinton's campaign.

Stone subsequently went on Alex Jones' radio show and told him that Russia was going to drop leaked emails that it had obtained from Clinton that he predicted would be devastating to her campaign.