Jacksonville sheriffs identify shooter as David Katz of Baltimore: He came back and 'started blasting everybody' 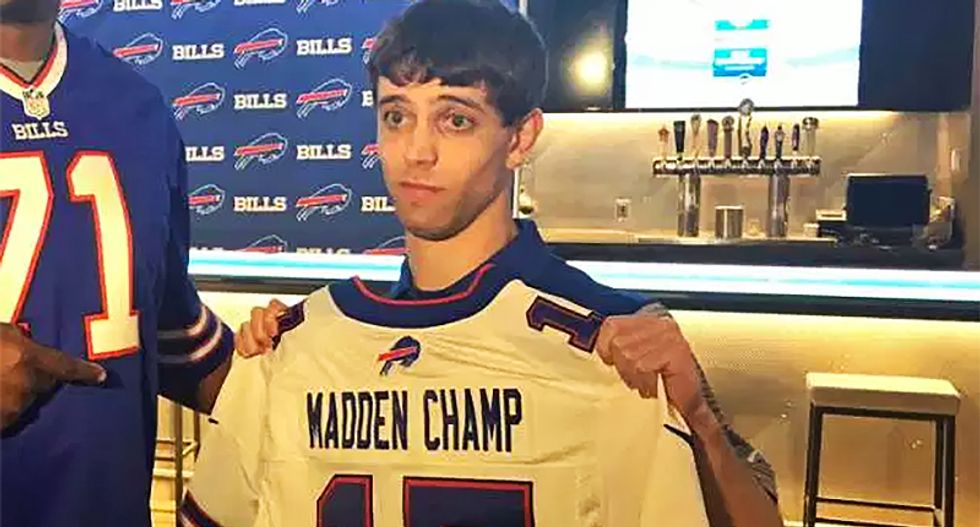 According to the Jacksonville Sheriff's Department, the shooter who attacked fellow players at the Madden Tournament Sunday was David Katz of Baltimore, Maryland.

The 24-year-old, who fatally shot himself as well as several others, was described as a "disgruntled" gamer who'd been in the tournament in the past, according to Fox News' reporter Rick Leventhal. The man had used handles like Bread, mrslicedbread, ravenschamp and ravens2012champ in other Madden competitions. A streaming video of the contest showed the moment live.

The GLHF Gaming Bar is inside of Chicago Pizza at The Jacksonville Landing. The tournament part of a nationwide gaming tournament that would culminate in Las Vegas, where the first place prize is $125,000. Sunday's event was the first qualifier, Heavy.com reported.

One witness told The Los Angeles Times that the shooter had played earlier and lost. He then came back to the event and "targeted a few people" before he ultimately shot himself.

Javaris Long, who also witnessed the horror unfold, told The Tampa Bay Times that Katz was “nerdy” and seemed to get angry after he lost. So, he went to his car, got a gun, came back and "started blasting everybody."

“I am literally so lucky. The bullet hit my thumb. Worst day of my life. I will never take anything for granted ever again. Life can be cut short in a second," tweeted Drini Gjoka, another gamer present.

According to The Baltimore Sun, police went to Katz's home in Baltimore as part of the investigation.

“We are assisting our partner law enforcement agencies with some information that has led authorities to Baltimore,” Baltimore Police spokesman T.J. Smith said.

“I’ve spoken to @JSOPIO Mike Williams to offer any state resources he may need. FDLE is currently responding, and I have spoken to FDLE Commissioner Rick Swearingen regarding the shooting in Jacksonville. We will continue to receive updates from law enforcement,” tweeted Florida Governor Rick Scott Sunday.

“Just spoke with @POTUS regarding the shooting at the Jacksonville Landing. He offered any federal resources needed to respond. FDLE and the Florida Highway Patrol are currently assisting local law enforcement," he later added.

You can see video of Katz playing in a 2017 tournament below: