Jake Tapper: Sessions expiring like 'bottle of milk' as he and Trump attack each other in toxic relationship 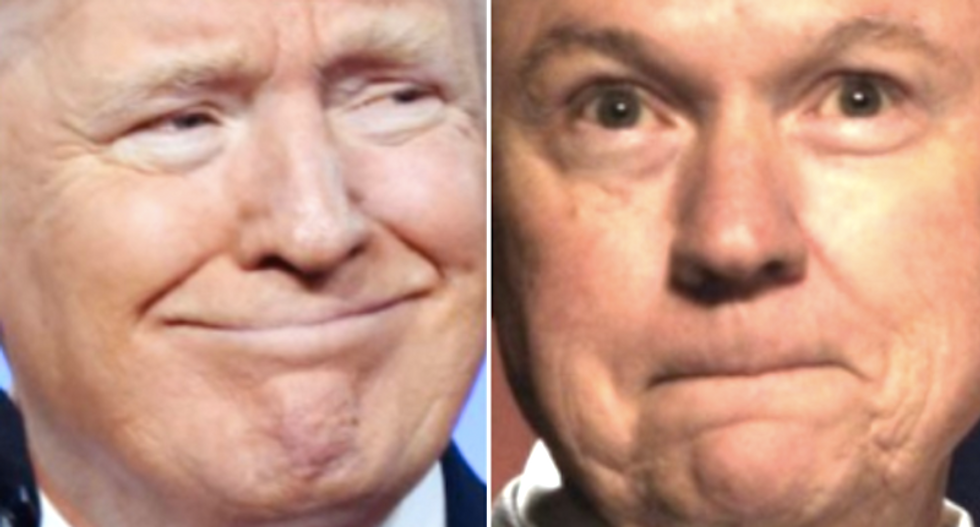 This morning, Trump appeared on Fox News and wondered "what kind of man" would repay Trump's plum appointment to head the Justice Department by recusing himself from the Russia probe.

Later in the day Sen. Lindsay Graham said that the President was well within his rights to replace Sessions.

After a report on all the tension between the two men, Tapper quipped, "Sounds like a healthy relationship."

When other panelists pointed out that Sessions seemed to have an expiration date ever since his recusal, Tapper said he figured as much, but not that it was imminent.

"I didn't know he had an expiration date like a bottle of milk," Tapper joked.

Political correspondent Sara Murray noted that they've been looking to fire Sessions for some time now, but it's never been politically expedient before. That time might be immediately following the midterms—unless the Republican Party gets slaughtered, she noted.

"It would be more politically perilous for them to make a move like that," she said.

Tapper then pointed out the extremely awkward position the Trump-Sessions feud puts progressives in. After all, when he isn't busy upsetting the president for having recused himself, Jeff Sessions is hard at work implementing the worst of Trump's agenda, from restricting voting rights for minorities, to imposing immigration crackdowns to thwarting the bipartisan momentum behind criminal justice reform.

"He has managed to advance President Trump's agenda very effectively," said former Obama administration official Karine Jean-Pierre. "So no I'm not a fan of Sessions but it is wrong to fire Sessions because you want to end the Russia probe."