Judge orders migrants returned to US in midst of deportation flight 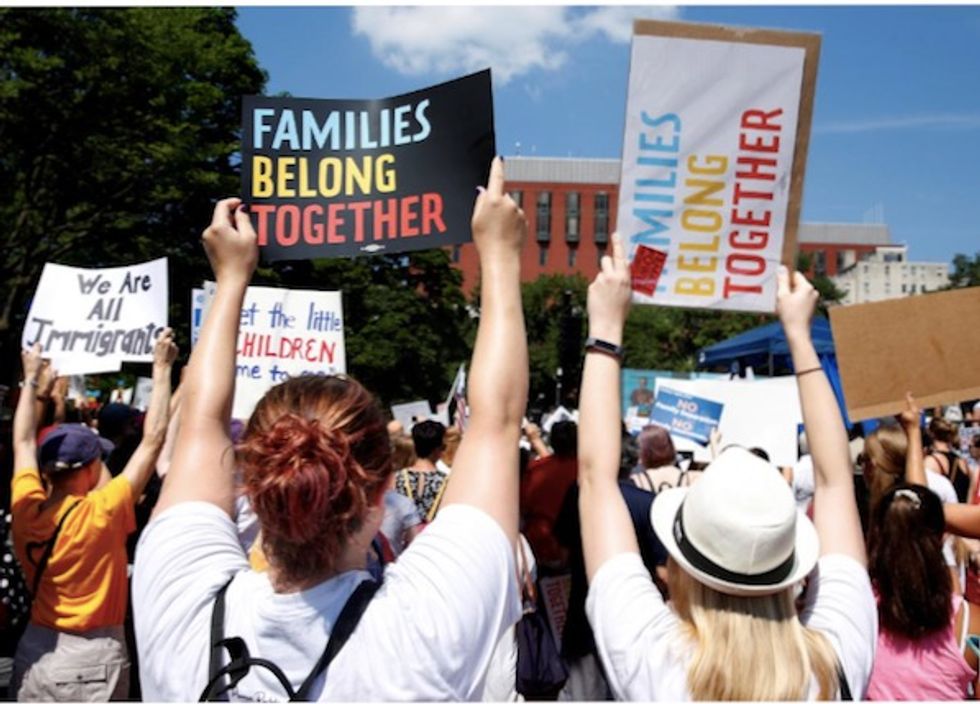 A federal judge on Thursday ordered an immigrant mother and daughter brought back to the United States after learning during a court hearing that the government had put them on a deportation flight.

The pair were among 12 plaintiffs in a lawsuit brought by the American Civil Liberties Union (ACLU) challenging changes in asylum policies ordered by U.S. Attorney General Jeff Sessions.

Washington D.C. District Court Judge Emmet Sullivan was hearing a request to stay the plaintiffs’ deportations, when the ACLU learned that two of them were already on a flight to Central America, the civil rights group said.

Upon hearing the news, Sullivan ordered their flight returned and suggested that Sessions could be held in contempt of court, according to the ACLU.

A spokesman for the Department of Justice did not immediately respond to a request for comment.

During the hearing, the judge ordered a temporary stay on deporting the nine women and three children who filed the lawsuit, according to a court filing.

The lawsuit was filed on Tuesday in the District of Columbia by the ACLU. It challenges a recent tightening on standards for seeking U.S. asylum, which makes it far more difficult for those fleeing domestic or gang violence to win the right to remain in the United States.

Sessions has led efforts by the Trump Administration to crack down on illegal immigration, including the adoption of a zero tolerance policy that briefly included separating immigrant parents from their children while they were in U.S. detention.

The family separation policy led to widespread criticism and was abandoned in June.