The host put on-screen a graphic listing the "evidence" that special counsel has in his possession that the public has yet to see.

The list, compiled by Mike Allen of Axios, was published earlier Friday. 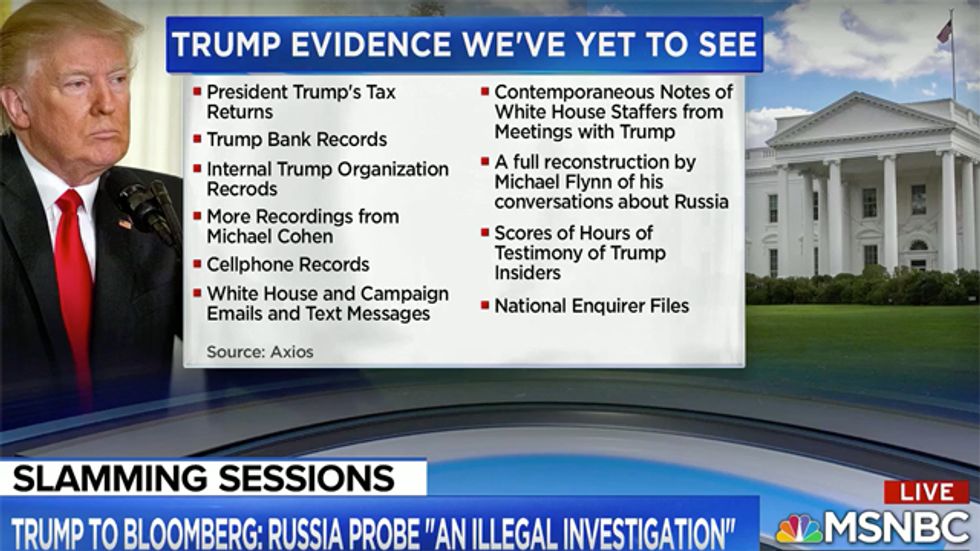 "What does that indicate to you?" Tur asked Wittes. "What is the lesson for us there?"

"Well, there's a lot more than is in that list," Wittes replied.

"The president can tweet out 'no collusion' or 'witch hunt,' but the truth is he actually doesn't really know that much about what he's talking about on that," Wittes noted. "And so it's a very dangerous game to sort of confidently say that you know there's nothing there, when you actually have only a little bit of a window into the room."

The commander-in-chief has tweeted "witch hunt" 125 times, most recently on Thursday.