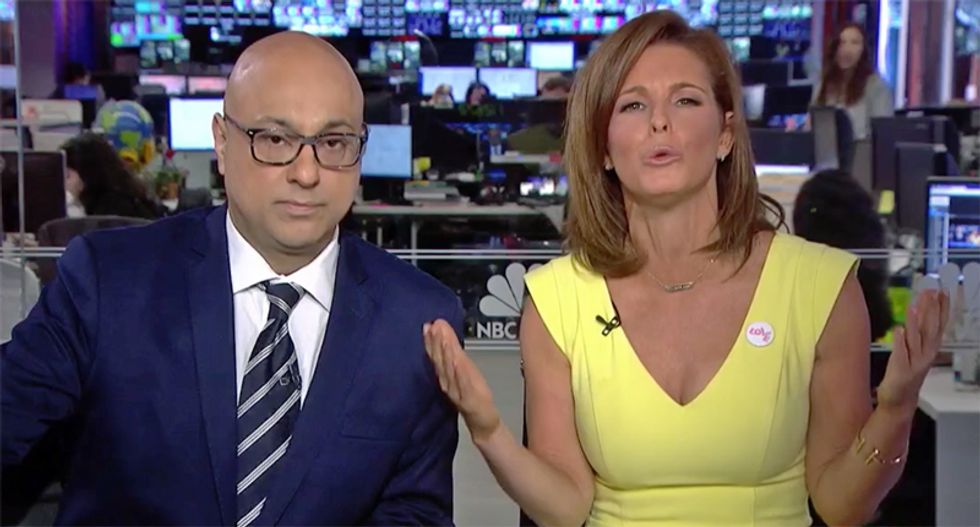 The hosts of MSNBC's Velshi & Ruhle expertly debunked multiple claims that President Donald Trump had spoken as truth during a Thursday evening campaign rally in Pennsylvania.

"President Trump served up some flat-out lies at his own campaign rally last night in Pennsylvania," Stephanie Ruhle reported.

Ruhle, and her partner Ali Velshi, proceeded to fact check Trump's claims on Russia, job growth, the Republican tax cuts, the press and the economy.

"Please, Mr. President, relax, the press is not the enemy of the people," Ruhle noted.

Ruhle noted, "we sit here scratching our heads why President Trump gets up at a podium in a roomful of people who love and adore him, and he lies, straight to their faces."