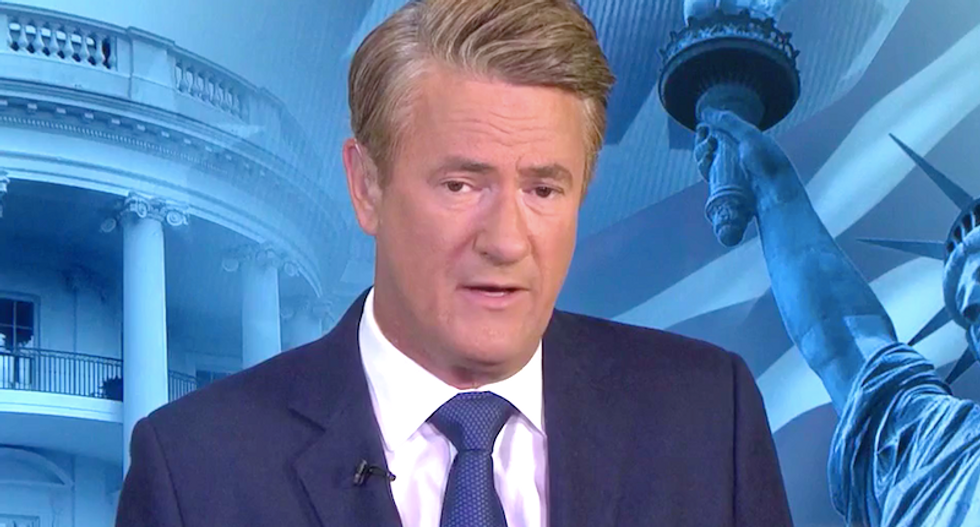 MSNBC's Joe Scarborough said the late Sen. John McCain (R-AZ) had the last laugh in his personal feud with President Donald Trump, even in death.

The "Morning Joe" host said the late McCain was once again able to make the president appear small and petty, and he's sure the Arizona Republican would have been laughing.

"What he did yesterday, he did nothing but elevate John McCain even more," Scarborough said. "MccCain was laughing at the gates of St. Peter all day yesterday, or if he decided to take a detour and raise a little hell, he had Lucifer winking at him saying, 'That's pretty good, you really set that sucker up.'"

Trump was grudgingly forced to make a statement about McCain's life and return the White House flag to half-staff after he was pilloried on all sides for disrespecting the late senator and Vietnam War veteran.

"McCain had another day where we all get an opportunity to look at the greatnesses of his character compared to this clown who wouldn't even lower the flag to half-mast," Scarborough said.

"The point is not that I am shocked by Donald Trump's behavior, in that it shows him to be a cruel, callous bully -- we've known that a very long time," he said. "I'm shocked how self-defeating it seems, almost every action he takes is -- how self-defeating, how he's harming himself, how he's elevating his opponents, how he does it so often in a way that no other adult -- effective president, CEO, church leader, football coach -- you name it, so self-defeating."