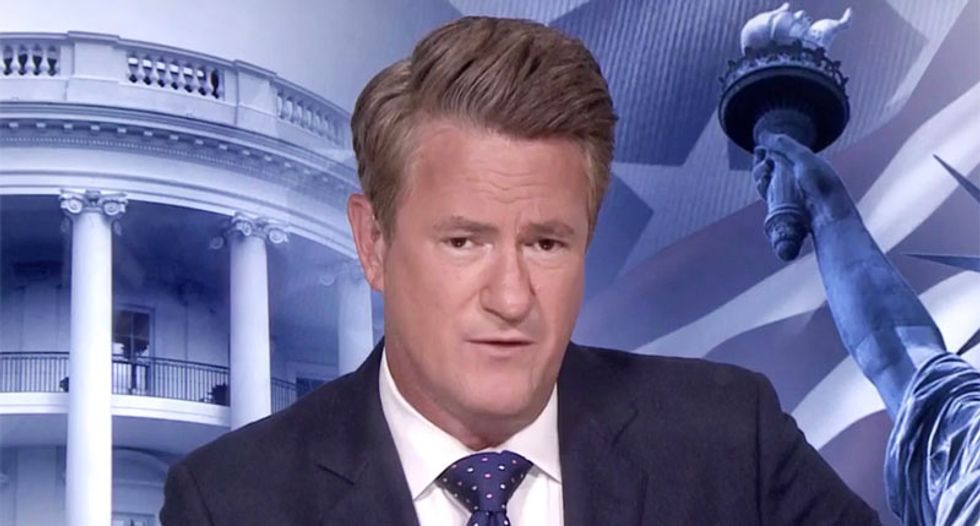 Picking up on a CNN report on the early writings of Vice President Mike Pence, who wrote two op-eds back in the 1990s arguing in favor of removing President Bill Clinton from office because of his affair with Monica Lewinsky, the hosts of Morning Joe called the veep out.

According to the report, Pence maintained Clinton's lying, and subsequent lying was troubling and showed a lack of morality, making Clinton unfit for office.

Joe Scarborough cut right to the heart of the matter, noting that Pence has remained silent about President Donald Trump's scandals that include multiple affairs with adult film stars and Playboy Playmates.

Contributor Willie Geist read from Pence's op-ed, quoting the then-radio host saying, "The president's repeated lies to the American people in this matter compound the case against him as they demonstrate his failure to the institution of the presidency as the inspiring supreme symbol of all that is highest in our American ideals. Leaders affect the lives of families far beyond their own private life."

Mike Barnicle was asked to comment and immediately took Pence to task.

"He was a radio host then and now has fallen down to vice president of the United States?" Barnicle smirked." Those are words to live by and restores your faith in the one enduring aspect of American politics: hypocrisy. Because he [Pence] is the living symbol of hypocrisy."

Host Scarborough then piled on, saying, "This is just self-righteous and sickening given the current stand that he's in right now, but for Mike Pence, again, I keep wondering; when is Mike Pence going to speak out?"