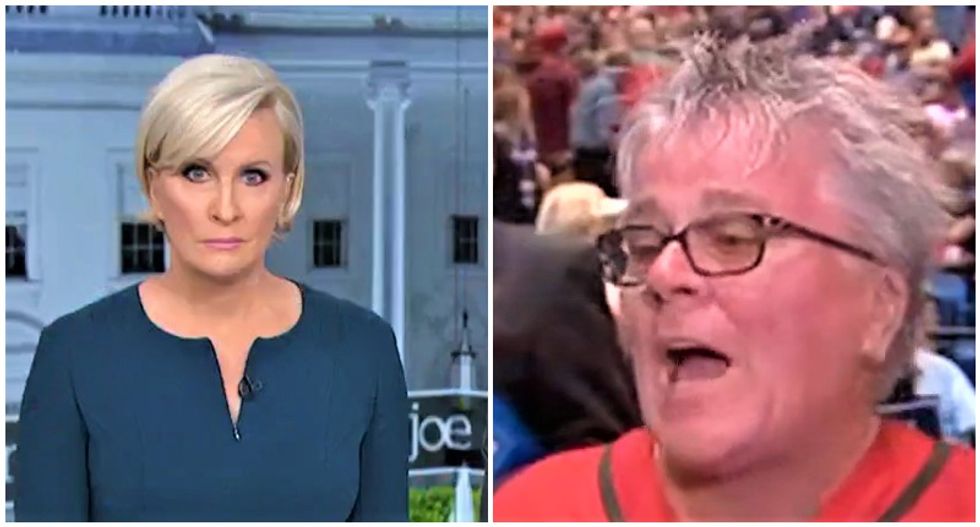 President Donald Trump's insistence that his inauguration crowd sizes were bigger than former President Barack Obama's -- despite photographic evidence that clearly proves the contrary -- has been used by commentators as the prime example of the way he creates an alternate reality for his supporters.

MSNBC's "Morning Joe" on Wednesday played footage from Trump's Florida rally on Tuesday night that included a Trump supporter who actually believed the president's claims about his crowd sizes.

In particular, they showed NBC's Ali Vitali asking a female Trump supporter why she was heckling CNN's Jim Acosta -- and she pointed to Acosta's reporting on the Trump inauguration crowd sizes as one reason.

"I've seen it with my own eyes how [the media] lie," she said. "I was at the inauguration. I saw... I was there. You can't tell me what happened. Or you can tell people, but I know what happened there. I was there for four days. I know there was a lot a people."

MSNBC's Mika Brzezinski was noticeably bug-eyed after watching the clip of the Trump supporter, and co-host Joe Scarborough said it reminded him of people who believe Neil Armstrong faked the moon landing -- and he said Facebook was largely responsible for the proliferation of the fact-free conspiracy theories that Trump supporters actually believe.

"Facebook has been the artery through which so much of this garbage has flowed," he said.