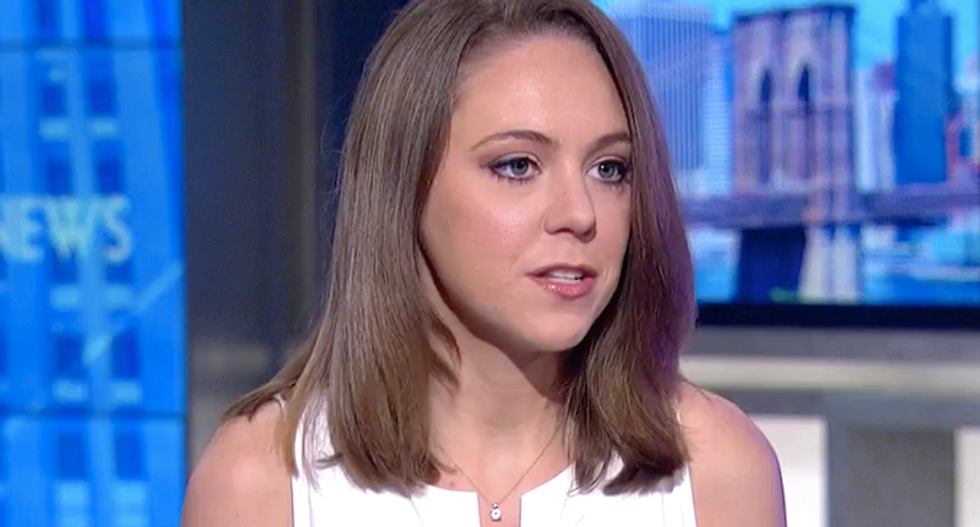 Ever since the release of the bombshell Steele dossier, reporters have been working to sort out how much of it is true.

The document alleges that Donald Trump was blackmailed into becoming close with Russian dictator Vladimir Putin and ultimately accepted election help from a hostile foreign power.

We now know that Trump was very much susceptible to blackmail—whether by the Russians or someone else.

"Blackmail is at the center of the Steele dossier," said host Chris Hayes.

Hayes then pointed to the New York Times reports on Trump's relations with National Enquirer publisher David E. Pecker: "The idea of that is not at all far-fetched—in fact, it already exists."

Natasha Bertrand of The Atlantic agreed Trump was very much susceptible to blackmail.

"This is potentially the most blackmail-able president in United States' history," she said. "The fact that the National Enquirer had decades of information about his affairs, his children, about even Melania, speaks volumes about the president's life and all of the shady things he did throughout his career—many of which, most of which, perhaps all of which—he never faced real consequences for."

Bertrand said that what what we know about the relations between Pecker and Trump substantiate two key parts of the dossier.

"This substantiates two big claims in the dossier," she said. "The first , of course, is that Michael Cohen was President Trump's fixer in all things related to Russia. Just as he was the fixer in relation to burying stories about Trump's extramarital affairs, he was also, according to the dossier, his fixer in burying the story of the Trump campaign's conspiracy with Russia to win the election. He was alleged to have paid off the hackers and to have kinda cleaned the whole thing up after the election."

The second part? Trump's reluctance to discuss his alleged sexual activities following his marriage to Melania.

"Trump is a little bit more skittish about his extramarital affairs becoming public than a lot of us have been led to believe," she said. "There's always this theory that perhaps the president wouldn't care if news came out that prostitutes peed on a bed in Moscow  because he hated President Obama and wanted to defile the bed he slept on... Now we know that Trump has gone to great lengths to hide these details of his personal life, and it really makes you wonder that if those salacious details in that dossier are true, what lengths have the president gone to to keep the Russians from exposing them?"