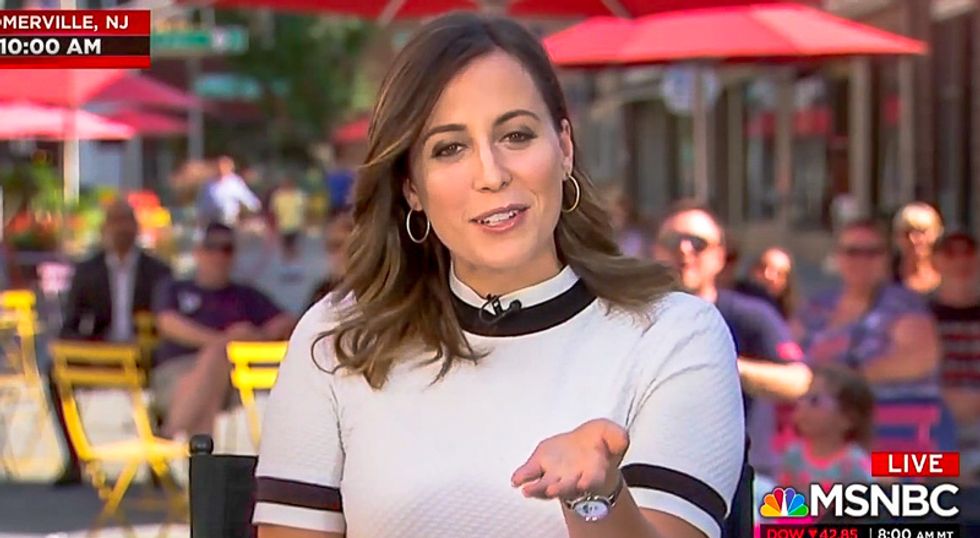 A live MSNBC audience cheered on Wednesday when host Hallie Jackson announced that Rep. Chris Collins (R-NY) had been arrested for insider trading.

During her MSNBC morning show, Jackson reported to her audience in Somerville, New Jersey that the first sitting U.S. congressman to endorse then-candidate Donald Trump had turned himself in on charges of insider trading.

"We want to get to some more breaking news this hour," Jackson said. "Congressman Chris Collins, the first member of Congress to back Donald Trump for president, has been arrested."

The crowd gathered behind Jackson could be heard loudly cheering as she revealed Collins' arrest.