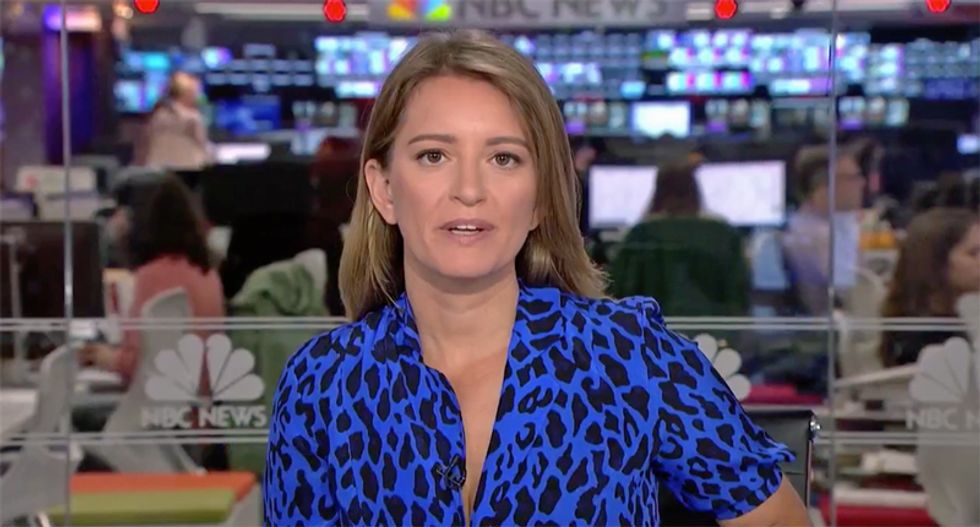 Congressional Republicans are secretly circulating a list of the investigations into President Donald Trump that they fear will be conducted if Democrats win the House of Representatives in the 2018 midterm elections, MSNBC's Katy Tur reported Monday.

"President Trump has boasted about a so-called 'red wave' in the November midterms, but behind the scenes, congressional Republicans are not so sure," Tur reported.

"Elite documents circulating among the House GOP and obtained by Axios details a number of potential investigations into President Trump and his inner circle," Tur noted.

Tur explained that the document, "shows what Republicans are worried about in terms of investigations." 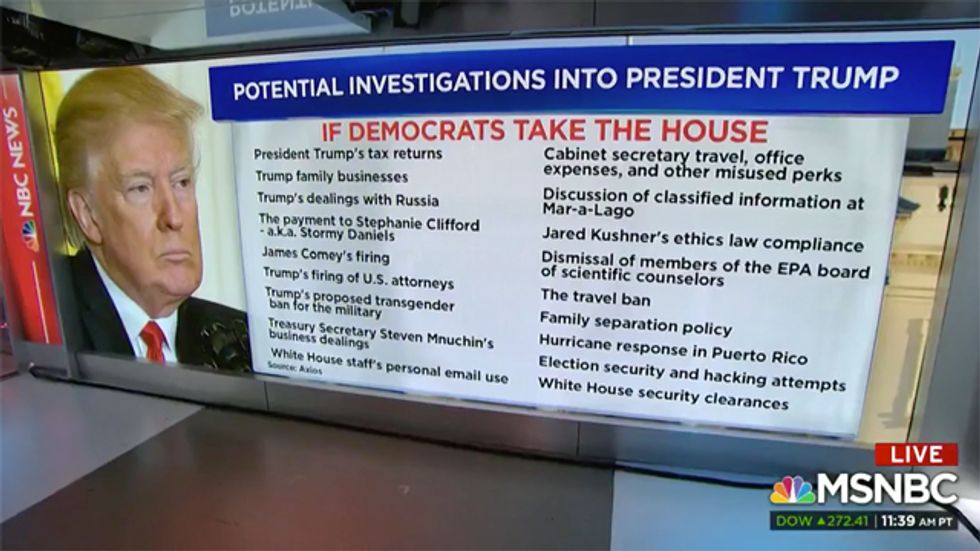 MSNBC graphic of potential investigations into President Donald Trump that Republicans fear will commence if Democrats win Congress in the midterms.[/caption]

"The fact that they put Donald Trump's tax returns at the top of the list is pretty telling, considering Donald Trump himself has often said he would release his tax returns if they just weren't under audit any longer," Tur reminded.

"He used to say that, I think they have given up the ruse," replied New York magazine writer Jonathan Chait.

"The whole thing is a really damning list of Trump scandals," Chait noted. "The Republicans aren't using this list to say 'he has done bad stuff.' Instead they are saying he has done bad stuff and you need us to prevent any of it from being investigated or overseen or limited in any way from the Congress."

"They are just accepting as a fact that their job is to cover up all of these incidents and prevent any investigations and stop the Democrats from really prying it open," he continued.

"Republicans have so completely internalized their role as handmaidens to Trump’s corruption that they have turned evidence of his incompetence and guilt into an argument for maintaining their power to cover it up. Why are they emphasizing this point? Some Republican voters are unenthusiastic about the midterm elections, and fail to grasp the stakes," Chait wrote. "Since the base likes Trump much more than they do his congressional allies, it makes sense for the purposes of base mobilization to emphasize their role as Trump’s legal bodyguards."