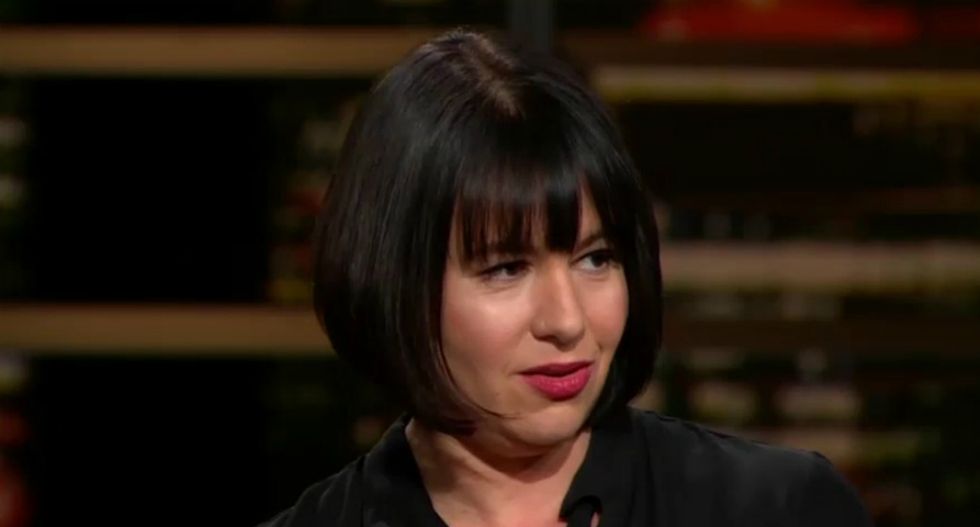 While discussing Kellyanne Conway's bizarre suggestion that media are too "obsessed with the president," MSNBC panelists got into a heated back-and-forth about whether Donald Trump can be considered "the leader of the free world."

After Real Clear Politics' Caitlin Huey-Burns pointed out that it's normal for members of the media to focus their attention on "the leader of the free world," a discussion ensued between MSNBC panelists as to whether Trump can be referenced as such.

"Oh, no, he's not," New York Times columnist Michelle Goldberg said. "He's not the leader of the free world."

Commentary editor and former presidential speechwriter John Podhoretz chimed in, noting that he is only "by default."

"He's a sort of junior player in a bloc of authoritarian countries," Goldberg argued.

Host Katy Tur noted that "people in the European Union are no longer looking at him as a leader" — and the columnist agreed.

"Of course not," she said. "He's part of a bloc that includes Vladimir Putin, [Filipino President Rodrigo] Duterte, he's part of a kind of an axis of power."

Goldberg's co-panelists disagreed with her characterization of Trump's alliance with "strongmen" dictators — and the panel dissolved into argument.

Sherman Smith, Kansas Reflector
TOPEKA — A prominent anti-vaccination group has planned a “freedom rally" for Monday in Lenexa with the sponsorship of a nursing agency, midwifery, dental office, chiropractors, pharmacies and businesses that promote the healing properties of elderberries, tea biotics, red light therapy, hemp and gluten-free baked goods.
Kansans for Health Freedom identified 16 “professional partners" in emails to its followers in advance of the annual all-day rally. An $89 ticket gains entry to a church where political figure Kris Kobach will join a stable of speakers with a history of downplaying the pandemic and sowing disbelief in the safety and efficacy of vaccines.

The lineup includes a street preacher from Alberta, Canada; a pastor-physician from Houston who attributes some health failings to aliens and witches; and an Ohio attorney known for filing incomprehensible lawsuits based on dubious claims about COVID-19.