MSNBC's Morning Joe scalds evangelicals for selling out to Trump: 'They certainly were self-righteous' about Bill Clinton 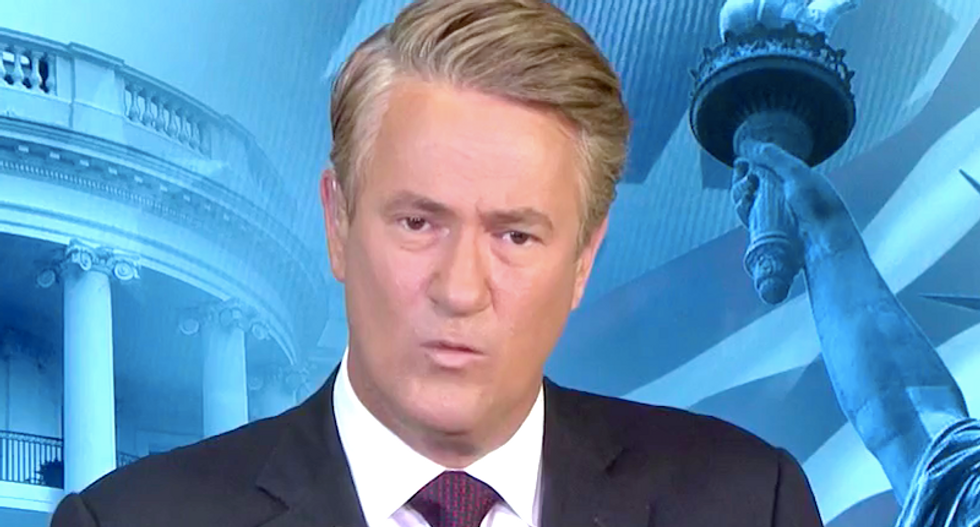 "Morning Joe" panelists recoiled from news that Trump had instructed a gathering of evangelical pastors to campaign for Republicans and predicted violence against Christians if Democrats won congressional majorities, and Scarborough called out their moral hypocrisy.

"It's really something that so many of these people were saying in the age of Bill Clinton, we can't have leaders that set bad examples for our children," Scarborough said. "Apparently that's not a concern anymore, so long is the federal judiciary goes your way on a couple of cases."

He singled out the sons of evangelical leaders Jerry Falwell and Billy Graham.

"I don't believe you should be self-righteous," he added. "They certainly were, though, when Bill Clinton was president, because of his moral indiscretions, but now suddenly it's just not a concern at all."

Scarborough predicted those religious leaders would one day face consequences for their moral hypocrisy.

"I've always told my kids, I've always told politicians, there's no such thing as a free lunch, you always have to pay for it in the end," Scarborough said. "These evangelical leaders, I think, they're no exception to that rule."

"I think a lot of people in their churches four, five, six years from now are going to look at some of the things in the middle of Trump and ask them serious questions about where they were and why they sold out for political power," he continued. "The words Pharisees (or) Sadducees come to mind."