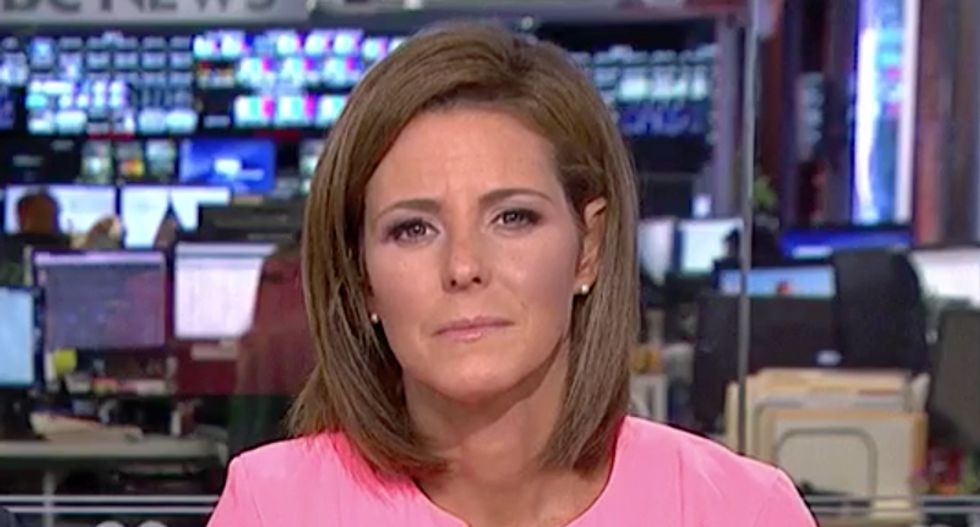 MSNBC anchor Stephanie Ruhle was visibly moved on Wednesday as she interviewed a victim of abuse by a Catholic priest in Pennsylvania.

Ruhle, who noted she has two children attending Catholic school, asked survivor Shaun Dougherty, "How do people find their way after something like this?"

"Being raised Catholic, I say now is the time you have to dig deep into your faith. Your faith -- not your church's faith -- into your faith," Dougherty answered. "Into your heart."

"Think about your judgement day," he counseled.

"Will this finally rock the Catholic church?" Ruhle asked.

"If it doesn't, I'm giving up," he answered. "I mean, what else do you have to do? Do you have to walk in, kick the door in, bring the cameras and catch him in a hotel in Times Square?"

"These guys are just like single guys trying to score on the weekend," he added.

"There was a time in this country when we looked to the government and we looked to the church for cues on how to act, how to build communities and how to work together," Ruhle noted. "Right now, those days seem so far away."

"The headlines across the board are full of examples of how institutions that helped build this country are now letting us down," she continued. "So if the institutions aren't doing it, the individuals must."