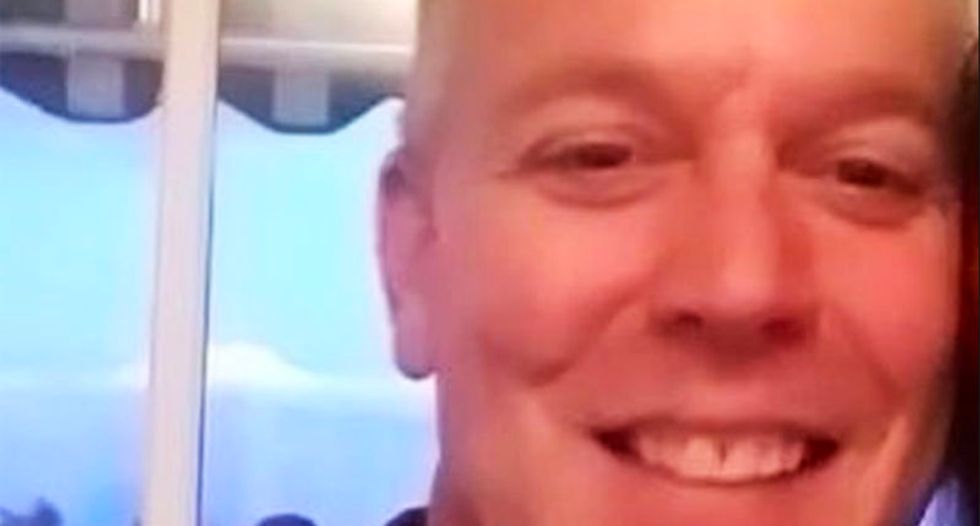 A union carpenter running for the school board in Monroe Township, Gloucester County, New Jersey is under fire after the New Jersey Globe uncovered racist Facebook posts he made between 2013 and 2016, including calling for shooting Black Lives Matter protesters and sending them "to their graves.”

According to the Philly Voice,  Monroe school board candidate Rick Jankowski complained about BLM protests back in 2015, writing: “So now I watch videos of the ‘protesters’ throwing trash cans and any other items at any white person they see…….time to start firing bullets into these f*cking monkeys and send them to their graves.”

That comment was not the first time that Jankowski slurred African-Americans.

In 2014, he wrote about the shooting of unarmed Michael Brown in Ferguson, stating: "I’m sorry but I can’t stay quiet any longer…..you goddamn animals in Missouri make me sick! Another black criminal gets killed after assaulting a white cop and you pieces of shit want justice? You are not Americans, you are animals who disgust me. You wonder why there is racism in this country? Get a f*cking job and contribute you useless wastes of life instead of constantly committing crims [sic] and protesting when you get what you deserve.”

The Philly Voice noted that Jankowski's comments were posted on an older Facebook account belonging to Jankowski which has since been deleted, and that he had posted on Wednesday on his campaign Facebook account which was taken down after the Jersey Globe called attention to his past online history.

Both the Voice and the Globe have reached out for comment from Jankowski, but have received no reponse as of Thursday morning.

A sampling on Jankowski's now-hidden Facebook posts can be seen below, via the Globe. 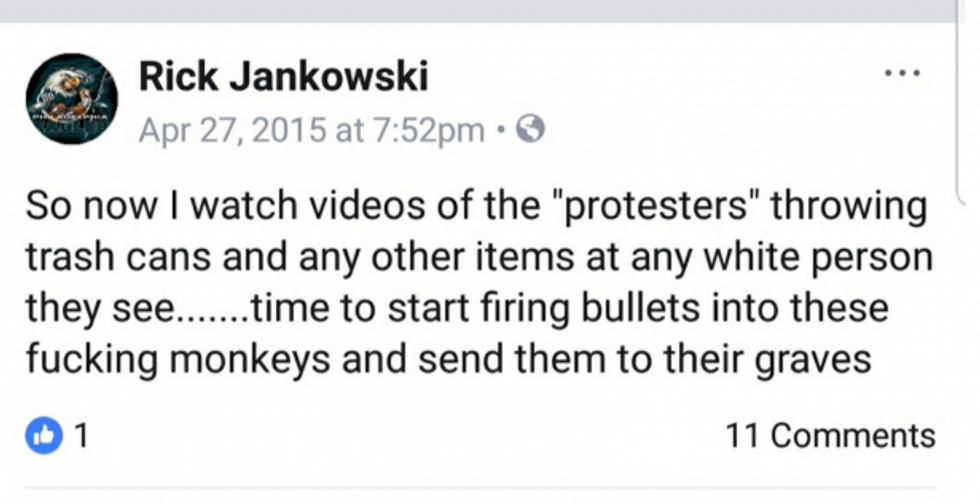 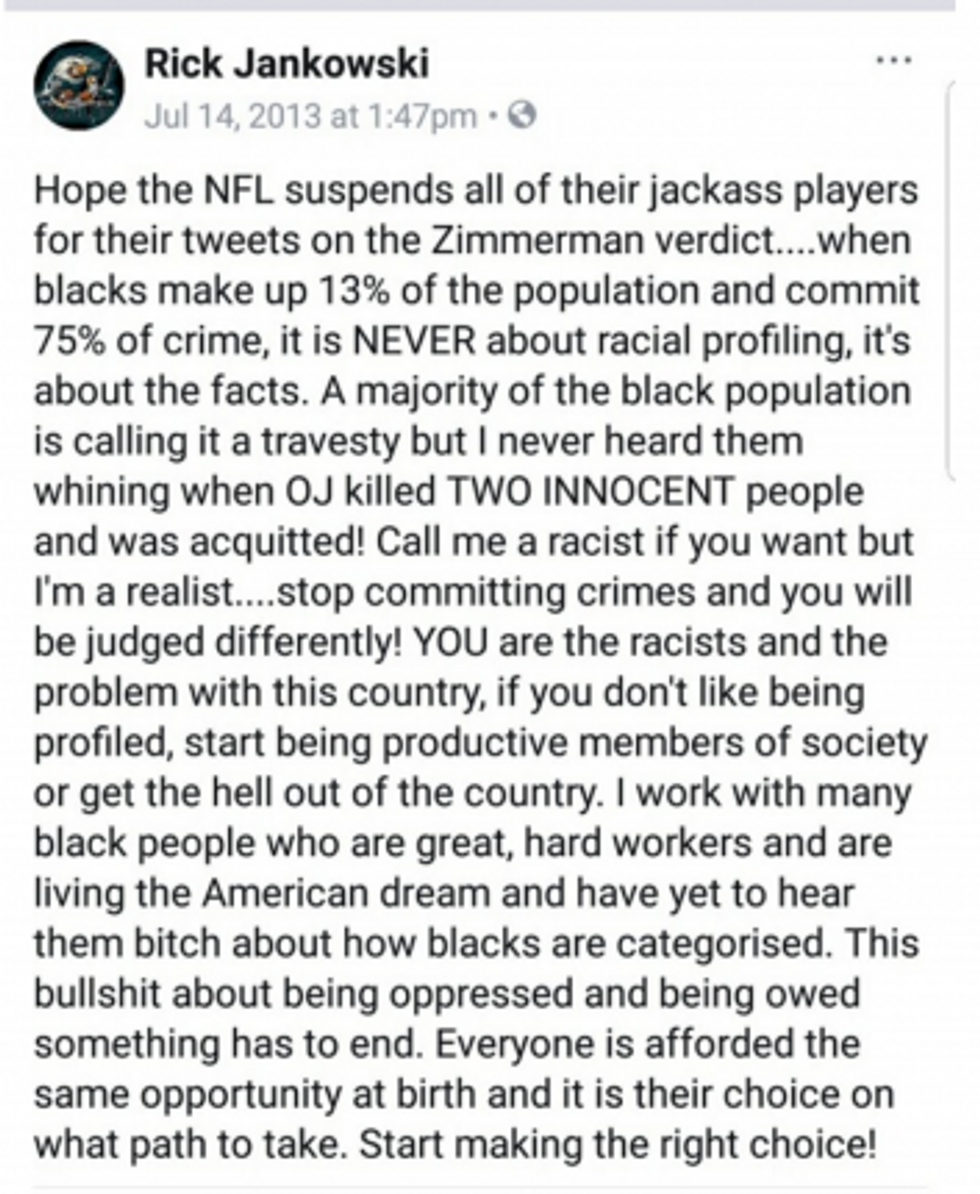 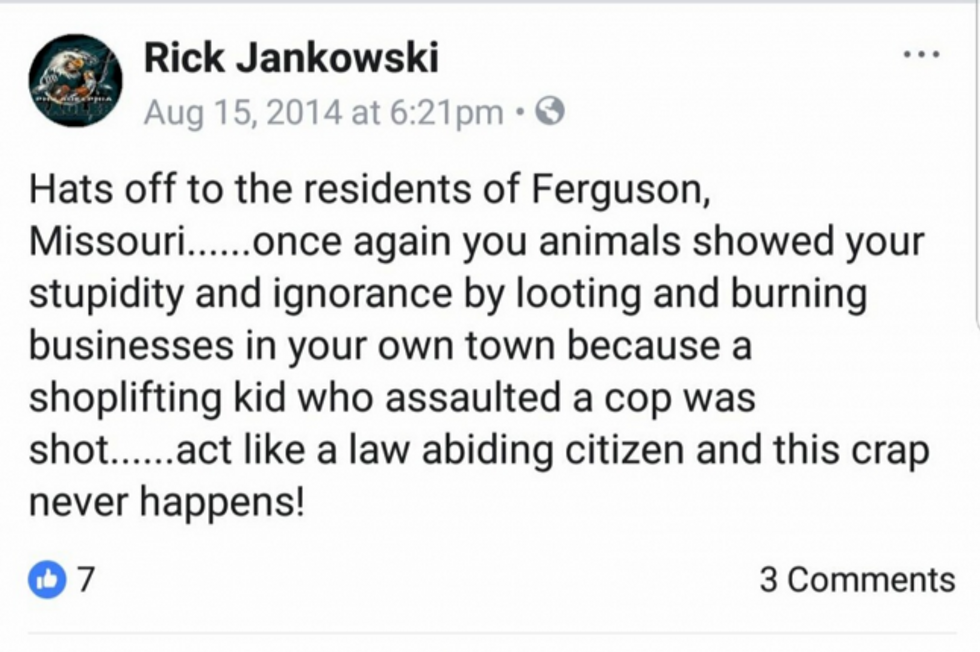