‘There is no 2020 re-election’: MSNBC's Morning Joe says Trump will lose -- or quit before he’s defeated 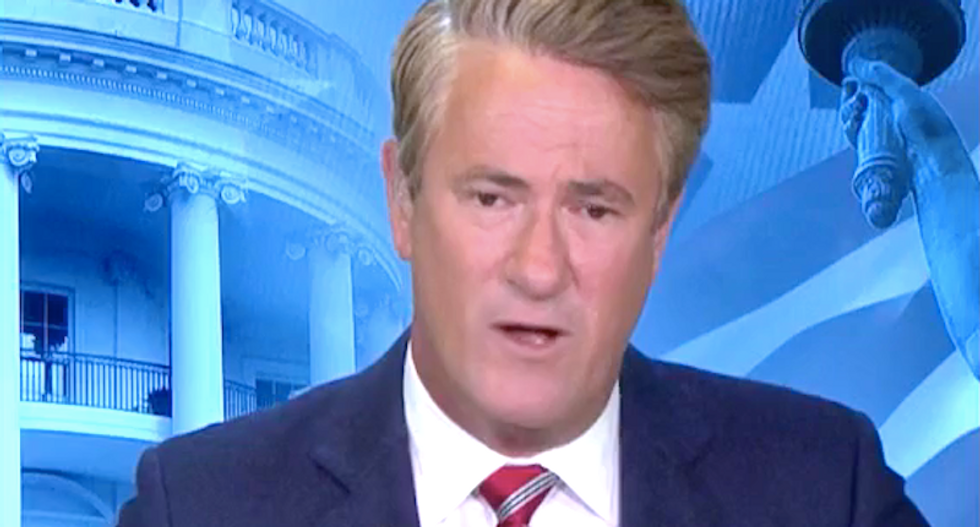 MSNBC's Joe Scarborough sees no path to re-election for President Donald Trump -- and one panelist predicted he would quit if he won a second term.

The "Morning Joe" host said his sources close to the president said Trump was afraid of losing a re-election bid, so he was focused on keeping his relatively small base loyal to him.

"Everybody's acting like Donald Trump is this unicorn, and he's this remarkable political figure who's just going to keep winning presidential elections -- he's not," Scarborough said. "He lost by 3 million votes. He lost to, again, I will say, one of the least effective politicians on the national stage in recent memory."

"There is no 2020 re-election, there's just not," he added. "That may be why Donald Trump is playing for his hardcore third because he knows he's not going to face re-election. I'm the only person in the world speculating this right now, other than people that are close to Donald Trump and just don't think he's going to put up with the possibility of getting walloped in 2020."

"If he ran and won again in 2020 he would quit in January of 2021 because he has no interest in of being president for a second term, but he really wants to win twice just to show all of us we're wrong," Heilemann said.

Scarborough just isn't seeing a path to victory, and he said Trump benefited from a perfect storm in 2016.

"He's got 40-percent approval rating, he lost by almost 3 million votes in 2016," Scarborough said. "He knows, and he knew at the time, that Hillary Clinton was going to be the weakest general election candidate he could face."

Scarborough said the president would be afraid to face some of the challengers who may enter the race.

"Let's say that Mark Cuban decide to run against him in the Republican primary and out-Trump Trump, and you have (Michael) Avenatti, people who will beat Trump up day in and day out," he said. "This is a guy who is not having a great time inside the White House. People close to Donald Trump told me months ago they wouldn't be surprised if he takes his one term and then goes back doing what he's all about, which is he's about making money."

"He can say he was the 45th president of the United States," Scarborough added. "You know, the question is, does Donald Trump want to enjoy being an ex-president and trying to make as much money off of that as he can when he's 75 years old, or when he's closer to 80? I just don't think for a man who is driven mainly by money, I don't think that he's going to want to sit around and get beaten up for eight years."