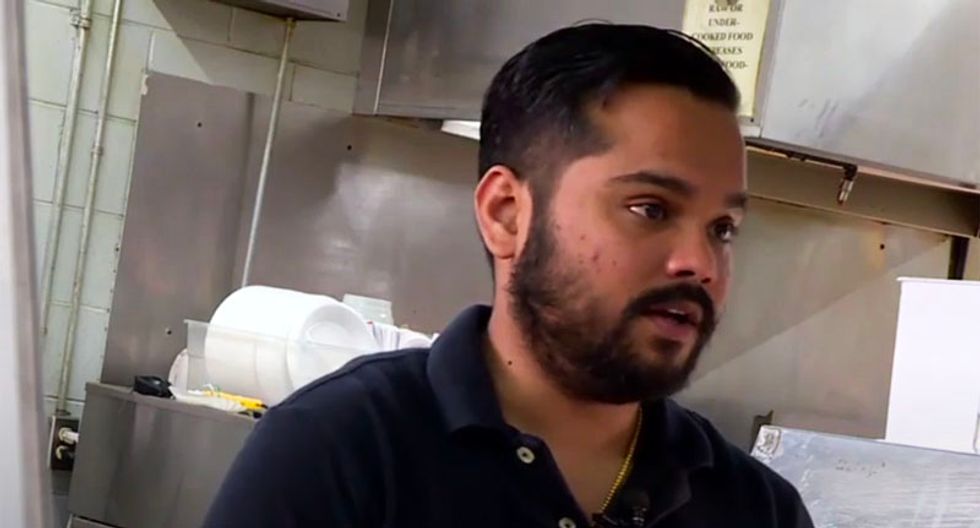 An employee of a Kentucky ambulance company is under investigation after going on Facebook and accusing the owner of a quick-stop gas station of funneling money to terrorist organization Al Qaeda.

According to WSAZ, Taj Sardar and his family legally immigrated to the U.S. from India with the hopes of opening their own business, settling in Ashland, Kentucky.

The family took over a Shell gas station that doubles as a minimart and restaurant and recently served an off-duty ambulance employee who came in to eat and then left without comment -- only to stop while leaving and take a picture of the establishment.

According to Sardar, he was stunned to see that the man -- who has not been identified -- later posted the picture of the store on Facebook and labeled his family as terrorists.

Portions of the post read “I reluctantly entered to order Monday’s meatloaf special and was greeted by a tribe from India," before continuing, “I’m ashamed that I probably just funded Al Qaeda in order to have a meal.”

Sardar stated that he alerted the police to the post, believing it has put his family in danger.

"It made my hair stand on end," Sardar told WSAZ. "He ate here, he never said anything to us. If he had a personal issue with me, he could have talked to me."

The man's employer, Portsmouth Emergency Ambulance Services, responded to inquiries from WSAZ, saying they are aware of what their employee wrote and are investigating the incident, while at the same time admitting he has not been suspended.

“We wish to apologize to anyone who was offended by those posts. We do not agree with, or condone, them and are in the process of handling them accordingly," a spokesperson said in a statement while refusing to go on camera.