Omarosa: Former staffer of 'The Apprentice' planning on releasing racist Trump tapes before the election 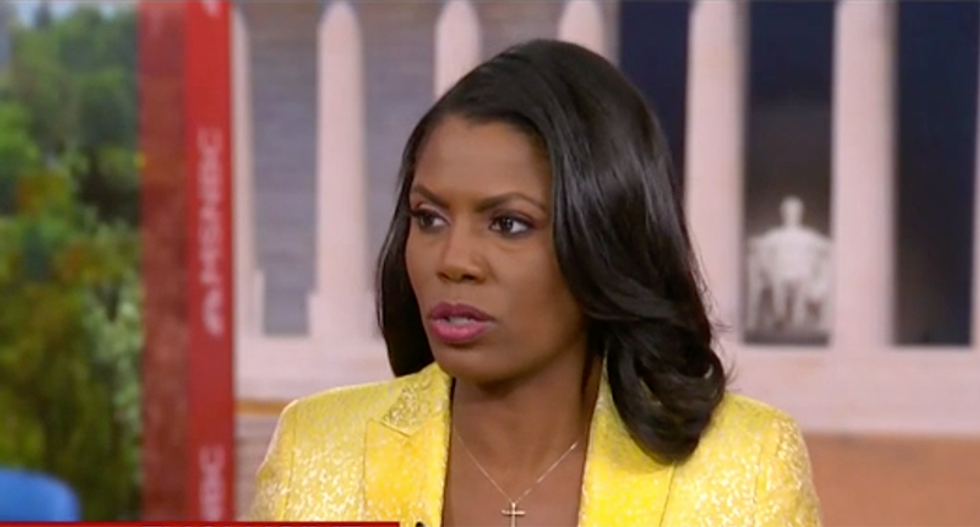 "I didn't discover it until the fall of the campaign in 2016 when a producer, Bill Pruitt, came out and he tweeted that Donald Trump had said some very horrible things," she told Matthews. "Racist things and some things about Jewish people."

She said that the campaign had a conference call about it with Jason Miller, Len Patton and Katrina Pierson. Newman noted that Pierson said that she believed he actually said it.

"My first reaction to it was this can't be true, this is somebody I've known since 2003, he had always been kind to me, as I said repeatedly in dozens and dozens of interviews," she continued. "So, when I heard it my first instinct was to protect him and not to dive deeper because I just dismissed it as untrue."

She told Matthews that she believes the person with the tape is planning to use it "for politically motivated things" before November.

Matthews asked if they were Democrats but Newman said she wasn't aware.

"They used to be a part of the production staff for 'The Apprentice,'" she continued. "And they saw it -- took it on themselves to actually document this so that they could expose him for the racist that he is."

She went on to say she heard Trump use the N-word multiple times.

"And what's upsetting about it is it was about someone that was on the cast with me, about Kwame Jackson, who was the African-American contestant, the male contestant on the first season. That's why it was so disturbing."

She was shocked at how easy it was for the words to roll out of Trump's mouth.