Oregon homeowner’s association refuses to let bus come into neighborhood to pick up a girl with special needs: lawsuit 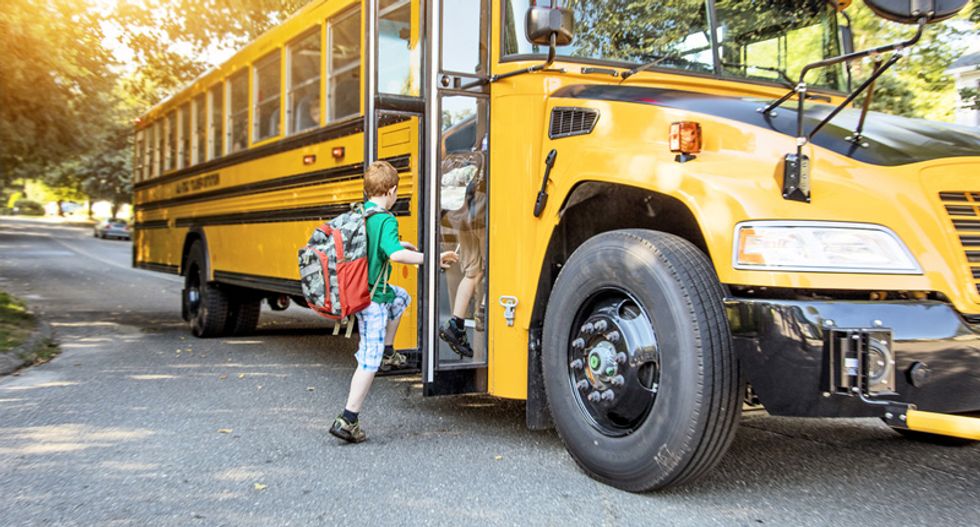 A group of young children getting on the schoolbus. (Shutterstock)

A child with disabilities is suing the Oregon Senate Republican leader and a Salem homeowners association board after it voted to bar a school from picking the child up.

According to The Oregonian, Sen. Jackie Winters serves on the HOA board that is allegedly violating federal and state housing laws.

Parents Erika Hernandez and Paolo Regalado are asking the court to allow the school bus into the Golf Course Estates to pick up their daughter for school and pay unspecified damages and legal fees. They also want the HOA to create a plan to provide equal access for residents with disabilities.

The parents explained that their daughter "has developmental disabilities and attends a special needs school."

The girl's school district developed an Individualized Education Plan for her that specifies "due to her disability and the associated concern that she may run into the street, she is to be provided transportation to school in which the school bus picks her up directly in front of her house," the lawsuit alleges. "(Her) medical providers also found that (her) disability required that she be provided an assisted pick-up and drop-off in front of her home."

The family moved into their home in February 2017 and the bus picked her up without incident until Oct. 24, 2017, when the mother found out that the HOA manager told the school to stop sending the bus.

HOA manager Sharon Bowker then told the district to pick the girl up on a heavily trafficked nearby road.

The girl's mother sent a letter to the board to explain why she needed the bus to pick her daughter up at the home. She explained that their daughter has an "inability to assess dangers and the chance that she may run into the street," the court records said. She then cited the federal Fair Housing Act in the demand for accommodations for her child.

The board briefly allowed the bus to come into the neighborhood but voted unanimously to stop it, the lawsuit said.

The school district's transportation director, Michael Shields, explained to the girl's mother that it was his understanding that "if mail, garbage, and other services have access to the development, then we should be able to provide service as well."

But when faced with a confrontation with the HOA, the district caved to the demand.

The HOA's lawyer Mark Hoyt said in a statement that because the subdivision's streets are privately owned and maintained, "the public school bus should use the districts own assigned bus stop."

"And not enter onto the private streets of the development because of, among other reasons, potential liability issues, pedestrian safety hazards," he continued. "And the daily wear and tear on the streets from the weight and frequency of public school buses, which may result in the streets having to be repaired sooner than planned at the HOA's expense."