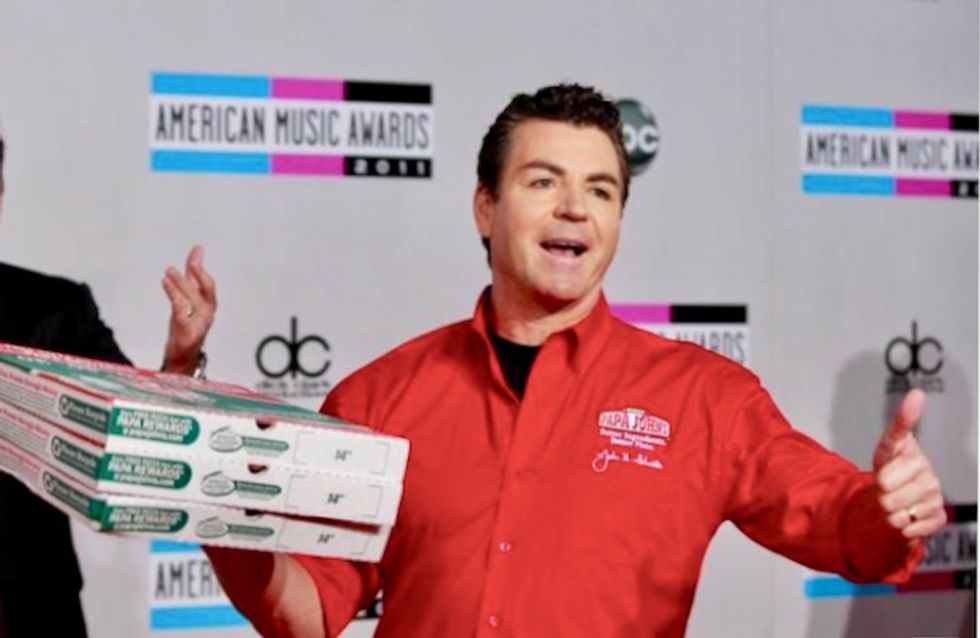 In a letter to franchisees on Monday and published on Schnatter’s website savepapajohns.com, Schnatter said Papa John’s human resources department had evidence of harassment and intimidation but he did not provide evidence himself.

“Once again, John Schnatter is making untrue and disparaging statements in a self-serving attempt to distract from the damaging impact his own words and actions have had on the company and our stakeholders,” the company said in a statement.

Ritchie, who was previously Papa John’s president, took over as CEO in January after Schnatter had come under fire for criticizing the National Football League’s leadership over national anthem protests by players. Schnatter stepped down as chairman following reports that he had used a racial slur on a media training call.

“The company’s HR department has detailed evidence of sexual misconduct, harassment and intimidation by virtually everyone in Steve’s inner circle, and relating to board members as well,” Schnatter’s letter said.

Schnatter, who owns 30 percent of the company, wrote that the board agreed with him that Ritchie “needed to go” as CEO because of the company’s financial decline. The board asked Schnatter to become executive chairman in June, the letter said. Schnatter had once supported Ritchie as CEO.

Papa John’s said in its response that the board “at no time” had asked Schnatter to become executive chairman. “In fact, the company has taken multiple steps to separate itself from him.”

Schnatter last month sued Papa John’s, saying it had not produced documents related to his departure from the company. Schnatter founded the company in 1984.

Papa John’s has hired investment banks to help find ways to stabilize the chain and assist it if there is an acquisition offer to consider in the future, Reuters reported earlier this month. At the end of last year, Papa John’s had 5,199 restaurants operating around the world, with about 2,700 run by franchisees.