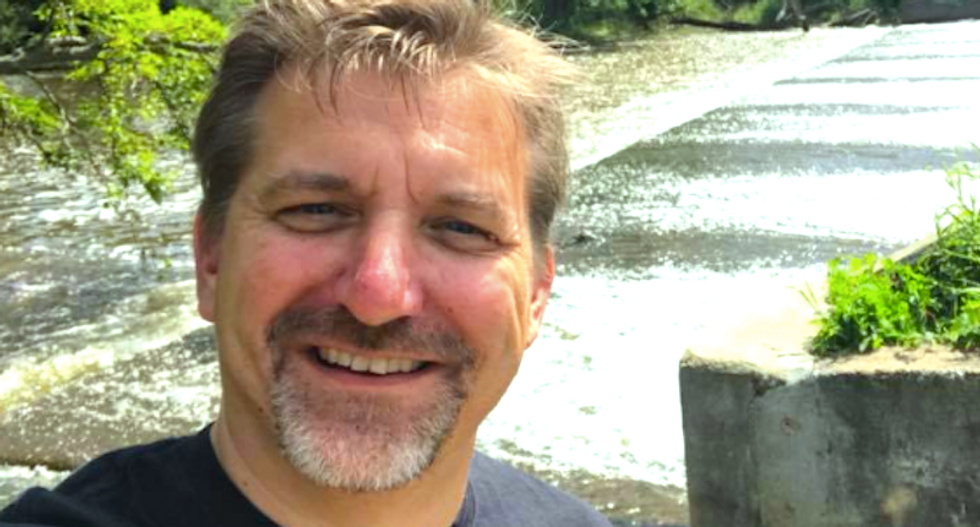 A former reality TV star and friend of the religiously conservative Duggar family has been hired to teach English at a Colorado school -- and parents say they'll be paying attention to his activity.

Chris Jeub, a home-school advocate who appeared for one season with his wife and 16 children on TLC's “Kids By the Dozen,” will teach this year at Lewis-Palmer School District 38 in Monument, reported The Gazette.

“He may be a good teacher, but my family doesn’t follow the views and things he’s done in the past,” said Heather Yuen, the parent of a seventh-grade girl. “I don’t like the fact we’re being taught by someone we don’t align with.”

She pointed to a 2013 blog post, “Educating Girls,” written by Jeub, who referenced other articles claiming that educating girls led to lower birth rates and warning that a shrinking population could be devastating.

“He seemed to be saying it’s dangerous to educate our young girls," Yuen said. "They’ll go into the workforce and not make babies, and our population will go extinct. I don’t feel someone like that should be teaching the future generations.”

Jeub insisted that he never advocated for unequal education for boys and girls, and said he had blogged against a pastor who believed in that "nonsense," but Yuen is wary.

“There are a lot of things going on that are kind of shady,” she said. “I’m afraid these kind of influences will be brought into the classroom, and at this age, children are very (impressionable).”

Jeub previously taught in Minnesota and North Dakota, and he moved to Colorado for a job with Focus on the Family.

He started a publishing company in Monument, where he has worked as a substitute teacher at Monument Academy and other D-38 schools, and operates Training Minds Ministry.

One of his older daughters accused Jeub and wife Cynthia in 2014 of physically and emotionally abusing her and her 15 siblings, although her allegations were not proven.

“The allegations were made four years ago and have proven to be false,” Jeub told the newspaper. “I haven’t made public rebuttals because, frankly, I am more interested in reconciliation with my daughter. This is a personal family matter that has been difficult on all of us.”

About 10 parents complained to the school board after Jeub was hired in May, although other parents supported the move based on previous positive experiences with him as a substitute teacher.

“Some parents initially objected to the fact that he was an evangelical Christian with strong religious beliefs, and old internet articles that spoke about possible abuse with his children,” said Monument Academy executive director Don Griffin.

The investigation included background checks and interviews with Jeub's children, some of whom attend Monument Academy or have graduated.

“All of them denounce what was on the internet and claimed abuse never happened,” Griffin said. “They claimed an older sibling had mental health issues, was destitute and trying to write a book and made some accusations.”