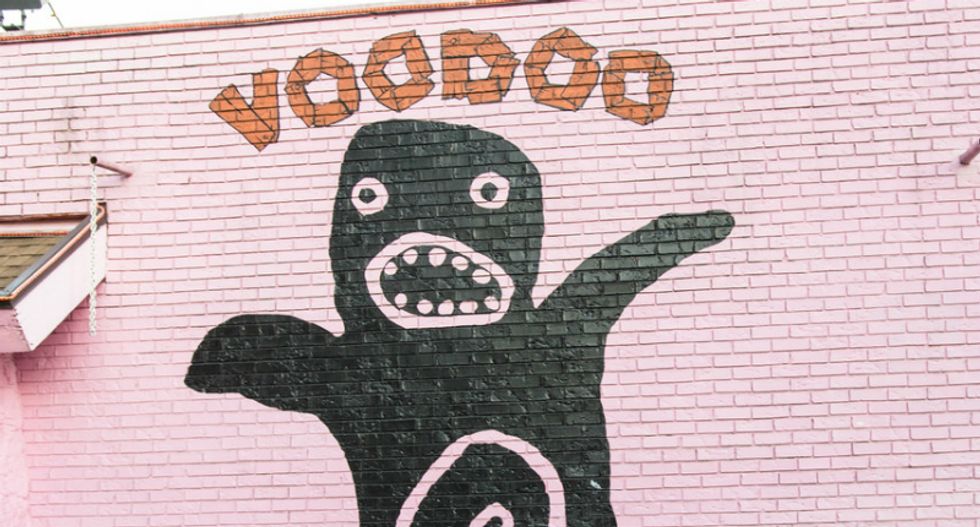 Media Matters reported that the famous doughnut chain is the center of a new conspiracy theory akin to Pizzagate, another unsubstantiated far-right battle cry whose believers claimed Hillary Clinton and other Democrats used a Washington, D.C. pizzeria as a front for a pedophilia ring.

In a lengthy video published by fringe right-wing YouTuber Nathan Stolpman on August 4, a man who identified himself by the name Michael Whelan claimed he saw "signs" of sexually abused children when attending a party at Voodoo co-founder Tres Shannon's house in Portland.

To substantiate his claim, Whelan said he had been "eyewitness to children taken back" at Shannon's home, reiterated that "there was abuse of children going on," and linked Voodoo to Comet Pizza, the D.C. pizzeria at the heart of the Pizzagate conspiracy. The man also claimed people who worked at the Oregon donut chain also used to work at Comet Pizza, a cool 2,700 miles apart.

After expressing his "dissatisfaction" with the alleged pedophilia at Shannon's house, Whelan said he's since been subject to "constant death threats." He claims to have gone to the police but had his reports ignored.

In the days since the video was published, Media Matters noted, Internet followers of the Qanon conspiracy have latched onto the theory they're now calling "Doughnutgate."

You can watch the video below, with the discussion about Voodoo beginning around the 48-minute mark.