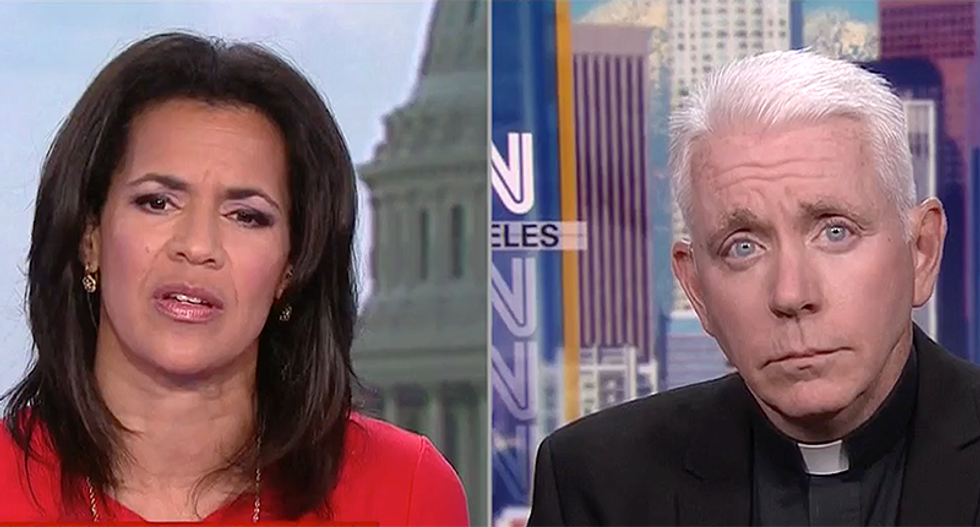 In an interview with CNN, Beck addressed the recent decision by Pope Francis to outlaw the death penalty entirely. The previous doctrine was fine with the death penalty in extreme circumstances when society couldn't protect people from criminals. Today, prisons can protect the people. Beck called this a "loophole" in Catholic teaching.

"So, Pope Francis has said, 'No, this does not stand. Under no conditions. Everyone's human dignity must be respected, and they must not be put to death, no matter what the cause,'" Beck explained. "So, it's a big change because politicians and others who have used that little loophole, well, the church says that you can in this instance, they no longer have that. Pope Francis says there are no instances where it's permissible."

Host Frederick Whitfield noted that 53 percent of Catholics support the death penalty and mentioned the Roman Catholic governor of Nebraska. The state is set to kill a man in just nine days.

"I have to tell you this really bothers me," Beck said. "I mean, the governor, a Catholic, is on very rickety moral ground. There is no moral ground for what he's saying. This is a state in 2015 that abolished the death penalty. This governor worked with his own money -- he put $300,000 of his own family money into a referendum to bring back the death penalty. This is a supposed Catholic now."

He explained that Nebraska hasn't put anyone to death in 21 years.

"Guess who's up for re-election?" Beck asked. "He's made capital punishment one of his platforms. So, I can't help but think this smells a little to me. This governor -- not only this governor but for him to call himself a Catholic and listen to the Pope, he can obey the law and he can give a stay of execution. He can grant clemency."