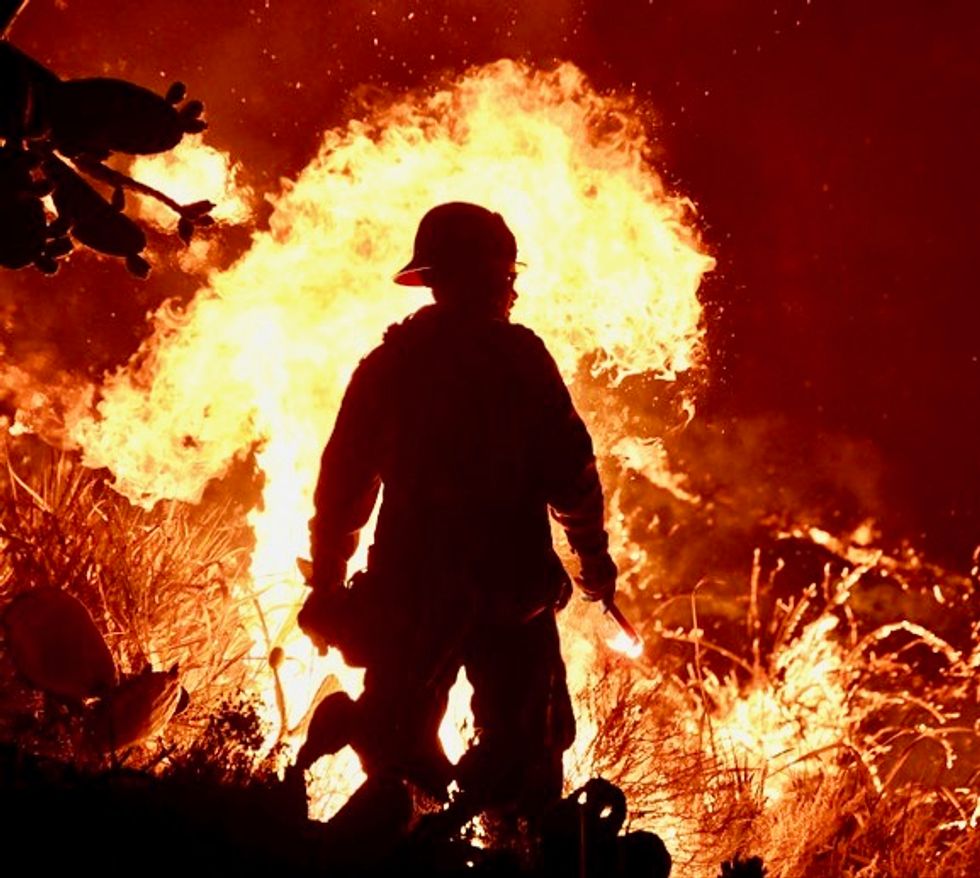 As wildfires rage in California, firefighters are risking their lives to contain the damage and put out the flames.

Yet, as the Washington Examiner reports, those prisoners would not be allowed to become professional firefighters after their release. The state requires firefighters to have EMT training and felons are barred from acquiring the occupational license.

It's an example of the many barriers former prisoners face on the outside, which in turn leads to high recidivism rates: if, however, prisoners who have already undergone the extensive training required to fight fires (for only a dollar an hour) were allowed to practice their trade on the outside they're less likely to reoffend.

Research suggests that gainful employment significantly lowers the chances that a convict will end up back in prison.