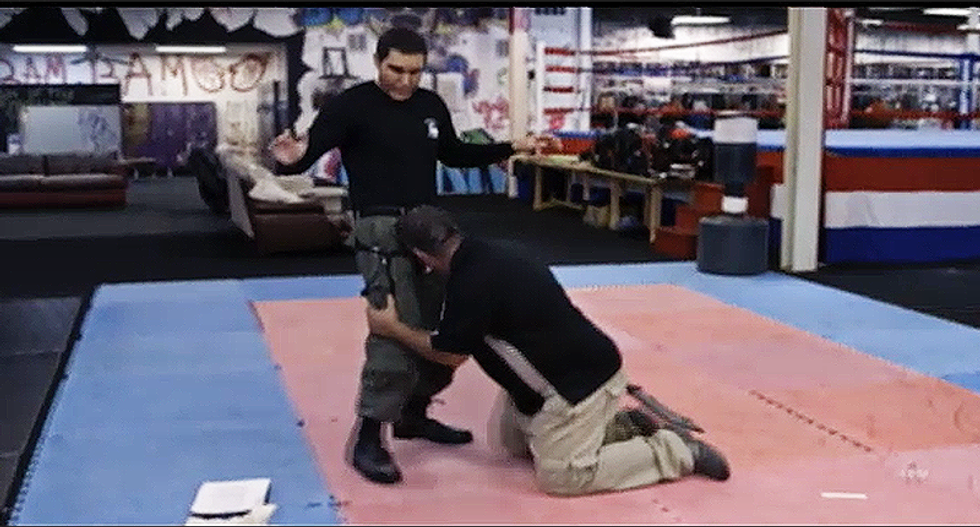 Roberts, who has spoken out against the teen activists in wake of the Parkland massacre, now runs the Youth Shooters of America.

Dressed as his anti-terrorism expert, Cohen asks if he's training people to shoot the youth of America, but Roberts explained that the organization's aim is to promote "youth shooting sports."

The conversation then turned to training youth and having guns in schools.

"One time, in my nephew's school a man came in and started shouting at them," Cohen said in his disguise. "The kids take out their guns and, bang, bang, bang! That substitute never stood a chance."

"Two of the classmates shot, but mistakes are going to happen," Cohen said, as Roberts agreed.

When it came to fighting terrorism, Cohen told Roberts that 23 percent of terrorist actions are done by children in the Middle East. So, he created a method of shutting down a terrorist bombing in a "suicide diaper."

Four dolls in strollers are set up, and Roberts must identify the one that has the bomb in the diaper, throw it into the trash and hit the ground. Roberts was unable to take the diaper off, so he threw the baby into the trash can along with the "bomb."

"This baby didn't have the bomb," Cohen then revealed. "Please, do not put the wrong baby in the trash can."

The final lesson was in how to survive a beheading, something Cohen said he managed to do twice. The tactic was in "attacking the groin area" of the terrorist attempting to behead you.

"Do you want to have somebody remove your manhood?" Cohen asked.