Most Americans use rare earth elements every day – without knowing it, or knowing anything about what they do. That could change, as these unusual materials are becoming a focal point in the escalating trade war between the U.S. and China.

Stanley Mertzman, a geologist whose specialty is X-ray analysis of rocks and minerals to determine their chemical composition, and who teaches mineralogy at Franklin and Marshall College, explains more about these little-known and fascinating elements – and the modern electronics they make possible.

1. What are rare earth elements?

Strictly speaking, they are elements like others on the periodic table – such as carbon, hydrogen and oxygen – with atomic numbers 57 to 71. There are two others with similar properties that are sometimes grouped with them, but the main rare earth elements are those 15. To make the first one, lanthanum, start with a barium atom and add one proton and one electron. Each successive rare earth element adds one more proton and one more electron. 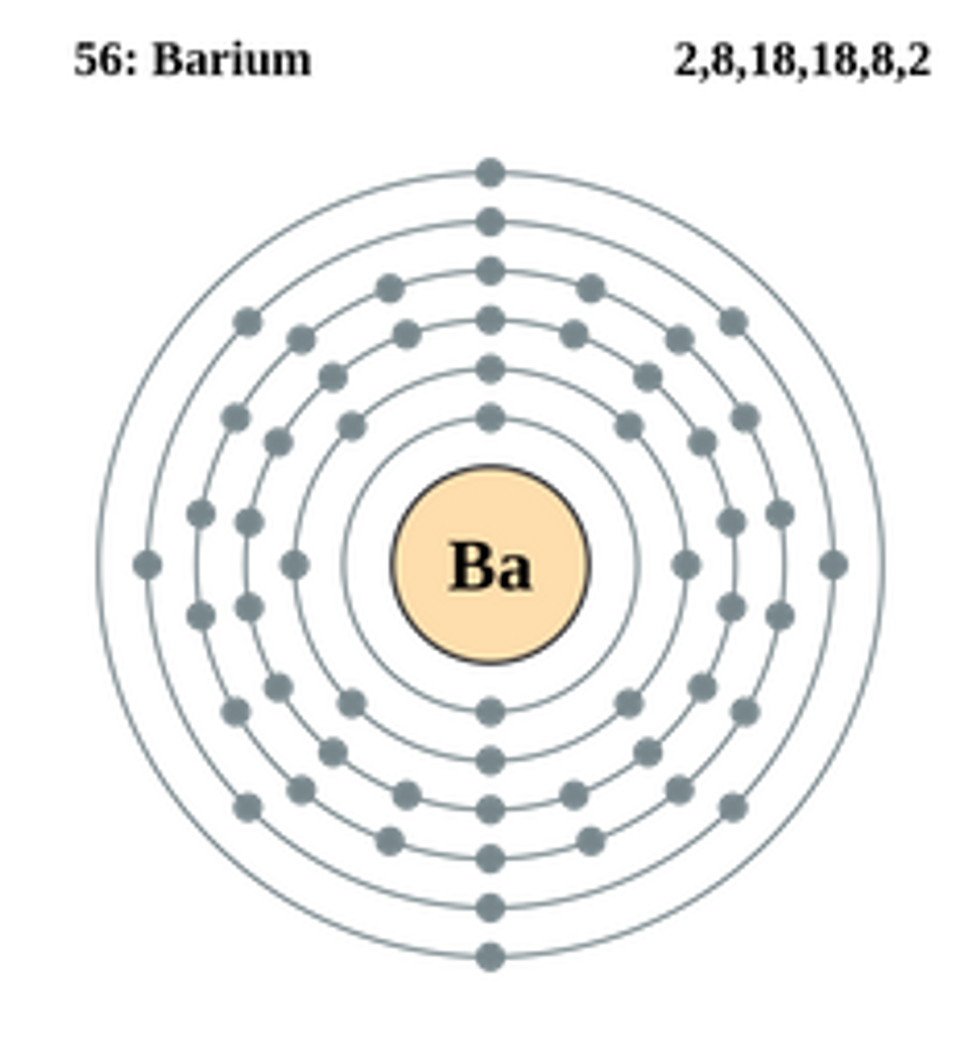 An electron diagram of a barium element, the last element before the lanthanide rare earth elements. 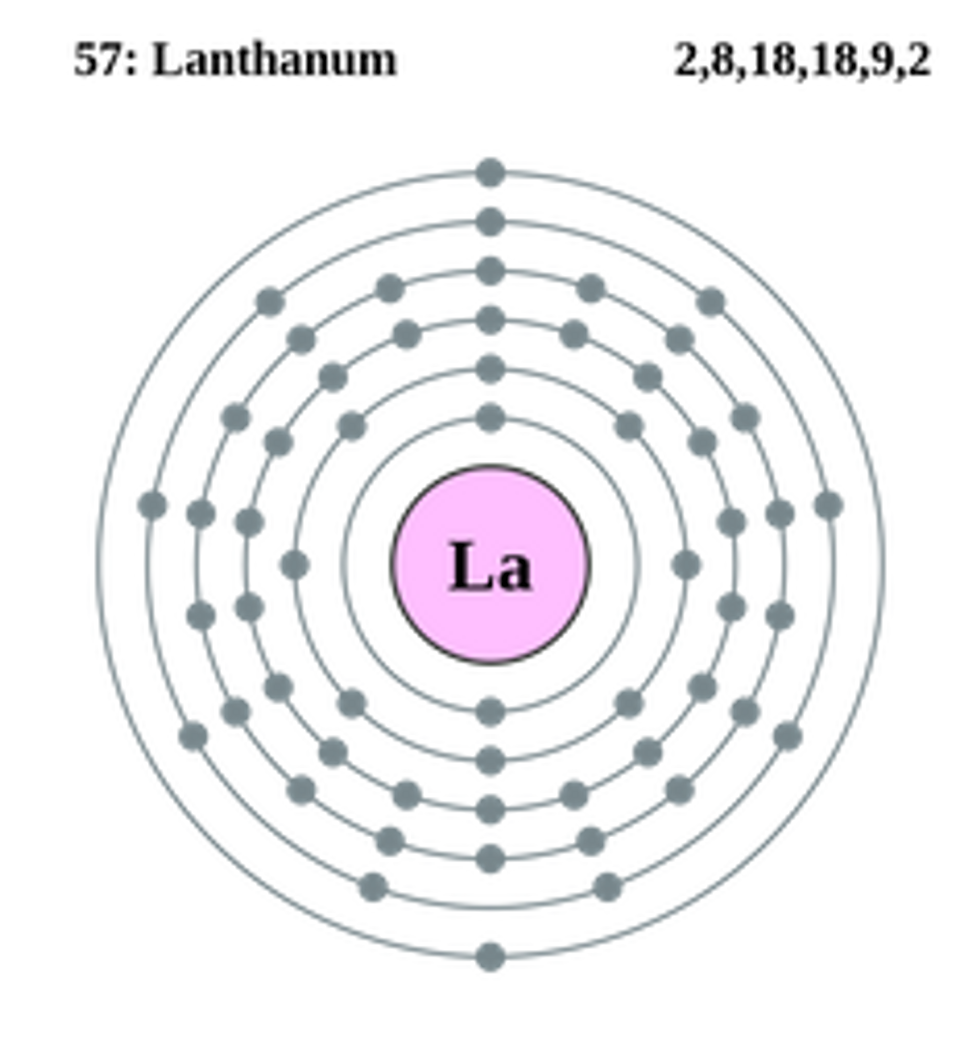 An electron diagram of a lanthanum atom, with one more electron in its fifth orbital than barium. 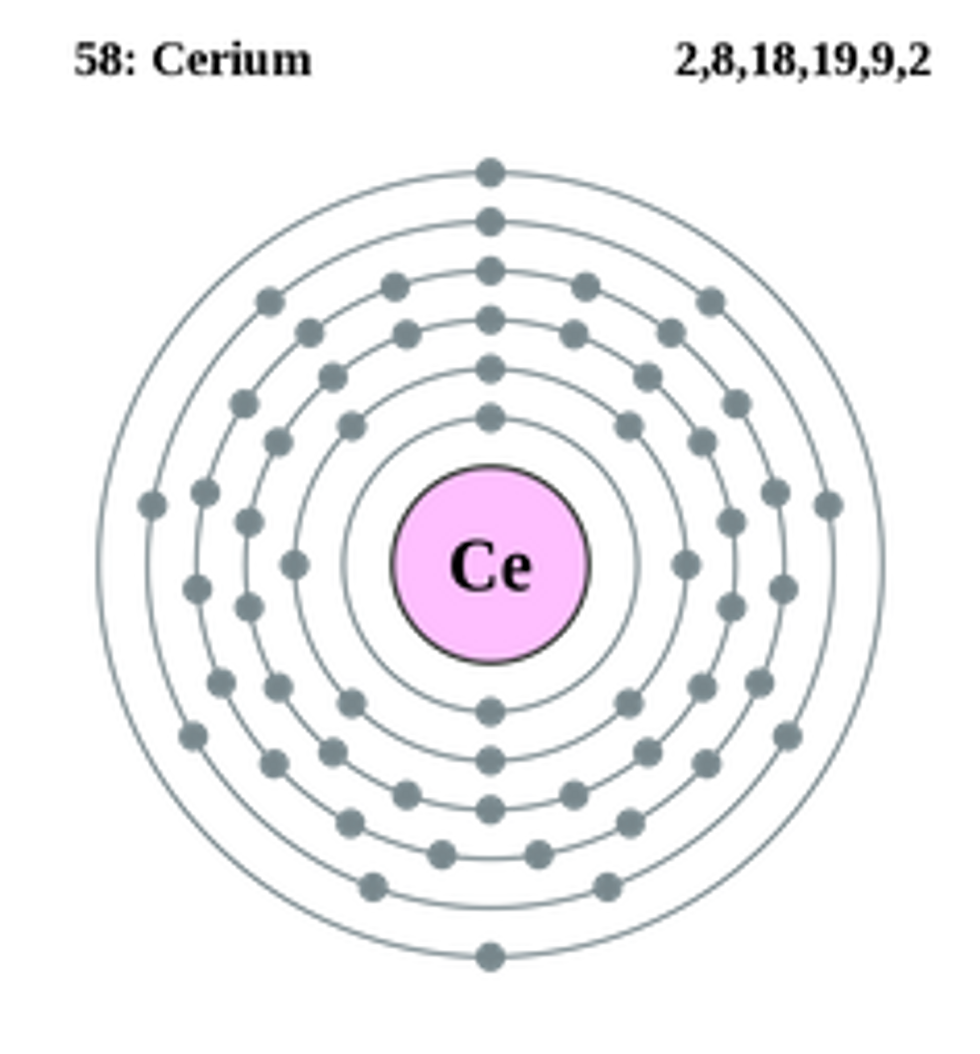 Cerium has one more electron in its fifth orbital and one more in its fourth than barium.

It’s significant that there are 15 rare earth elements: Chemistry students may recall that when electrons are added to an atom, they collect in groups or layers, called orbitals, which are like concentric circles of a target around the bull’s-eye of the nucleus.

That’s when the atom becomes barium, atomic number 56, and those empty spaces in earlier target circles start to fill. Adding one more electron – to make lanthanum, the first in the series of rare earth elements – puts that electron in the fifth circle. Adding another, to make cerium, atomic number 58, adds an electron to the fourth circle. Making the next element, praseodymium, actually moves the newest electron in the fifth circle to the fourth, and adds one more. From there, additional electrons fill up the fourth circle.

In all elements, the electrons in the outermost circle largely influence the element’s chemical properties. Because the rare earths have identical outermost electron configurations, their properties are quite similar. 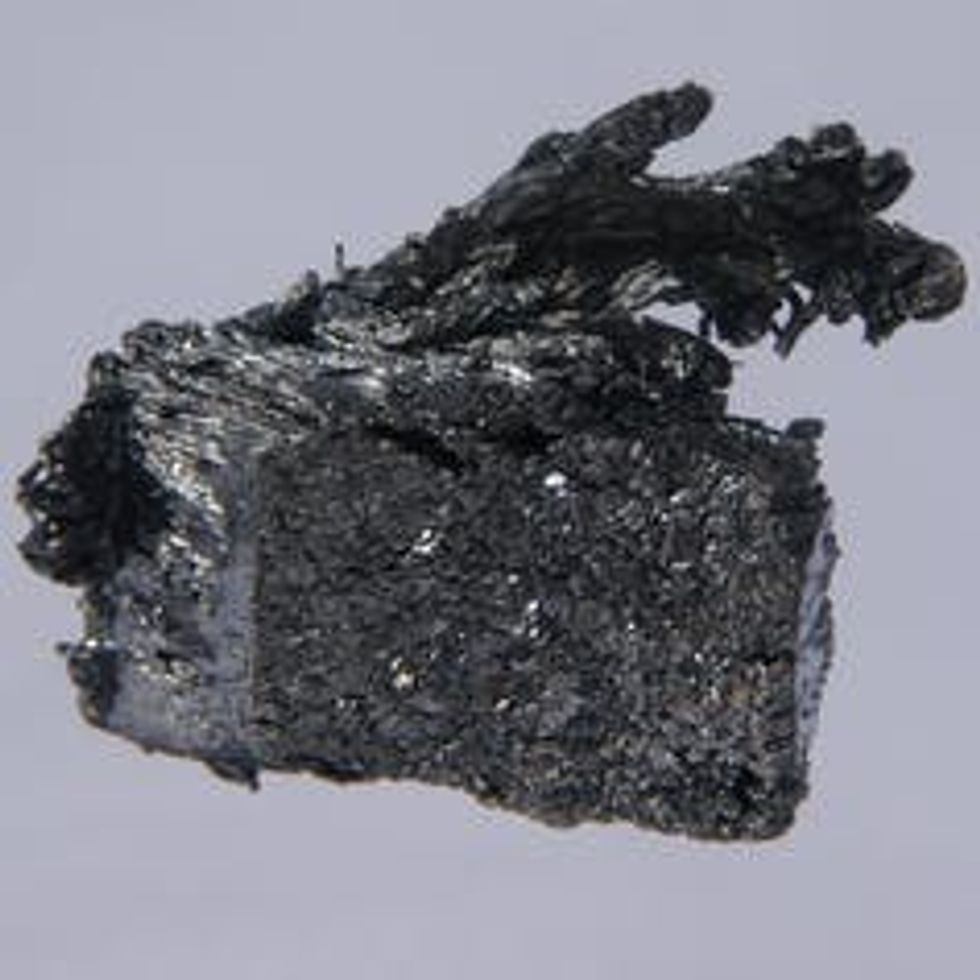 They are rare in one sense, though – mineralogists would call them “dispersed,” meaning they’re mostly sprinkled across the planet in relatively low concentrations. Rare earths are often found in rare igneous rocks called carbonatites – nothing so common as basalt from Hawaii or Iceland, or andesite from Mount St. Helens or Guatemala’s Volcano Fuego.

There are a few regions that are have lots of rare earths – and they’re mostly in China, which produces more than 80 percent of the global annual total of 130,000 metric tons. Australia has a few areas too, as do some other countries. The U.S. has a little bit of area with lots of rare earths, but the last American source for them, California’s Mountain Pass Quarry, closed in 2015.

3. If they’re not rare, are they very expensive?

Part of the reason is that rare earth elements can be chemically difficult to separate from each other to get a pure substance.

4. What are rare earth elements useful for?

In the last half of the 20th century, europium, with atomic number 63, came in to wide demand for its role as a color-producing phosphor in video screens, including computer monitors and plasma 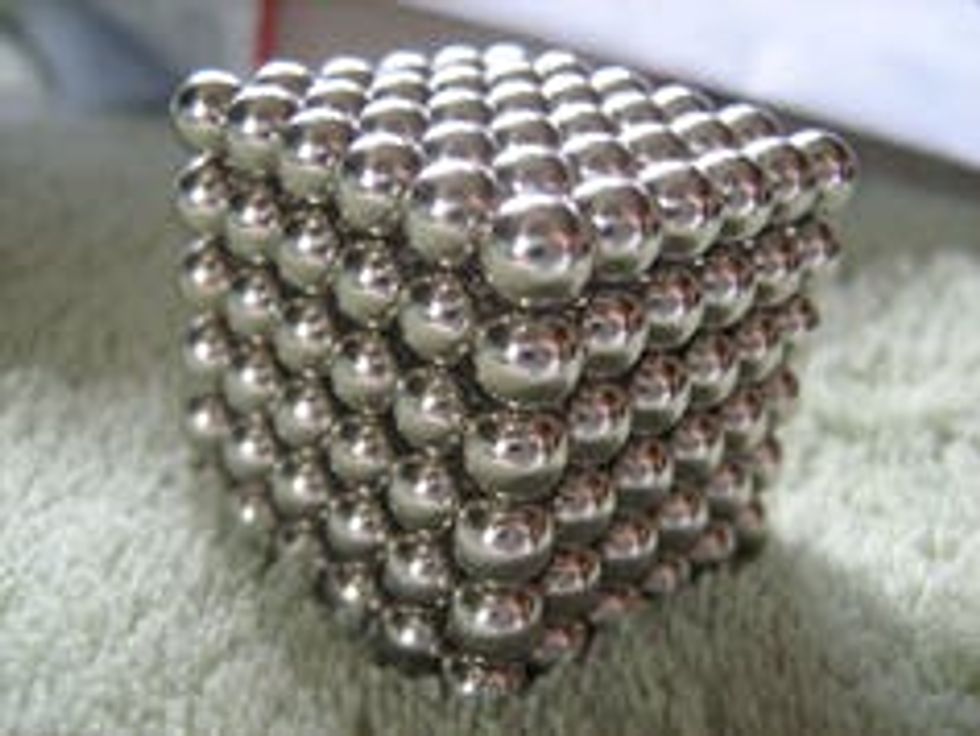 A cube of small neodymium magnets.

Demand for rare earths has risen steadily since the middle of the 20th century, and there are no real alternative materials to replace them. As important as rare earths are to a modern technology-based society, and as difficult as they are to mine and use, the tariff battle may put the U.S. in a very bad place, turning both the country and rare earth elements themselves into pawns in this game of economic chess.