Republicans have a secret plan to use Trump's impeachment to keep the White House: report 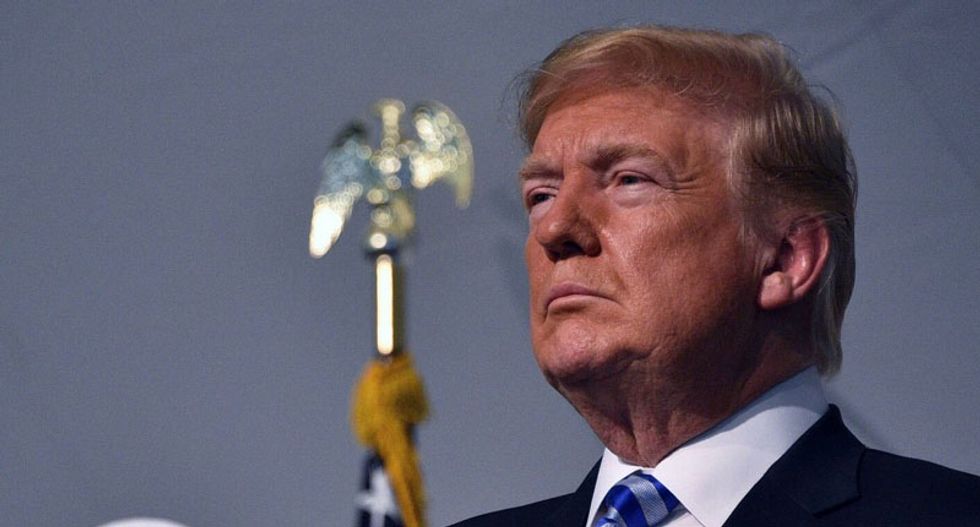 In interviews with Politico, an assortment of Republicans admit they are willing to concede the House to the Democrats in the 2018 midterms based on the belief that a move to impeach President Donald Trump would backfire on them

According to the report, Republican believe they will hold their majority in the Senate and would rebuff any attempt by a Democratic-majority House to dump Trump and that voters will want to move on, with Trump's base becoming even more solidified.

As Politico reports, "more than a dozen Republican politicians, activists and consultants — including some current and former Trump campaign aides with direct lines to the president — said they are increasingly convinced a Democratic victory and subsequent impeachment push would backfire and ultimately help the president in 2020."

“If they take the House, he wins big,” explained former Trump adviser Barry Bennett, with others hearkening back to the impeachment of ex-President Bill Clinton, who grew more popular after his impeachment in 1998.

“Well-respected thinkers believe that the more extreme the Democrats go, the more middle of the road voters will gravitate to Trump,” suggested a prominent conservative who wished to remain anonymous.

“It’s not crazy,” added a Trump adviser outside of the White House about Trump benefitting from impeachment proceedings. “If you’re looking at the politics of it, it’s not a terrible thing for 2020.”

Other conservatives believe a split Congress -- with the Democrats taking the House and the GOP still in control of the Senate -- would also benefit Trump as gridlock sets in. Trump would then likely run for re-election while attacking a "do-nothing" Congress.