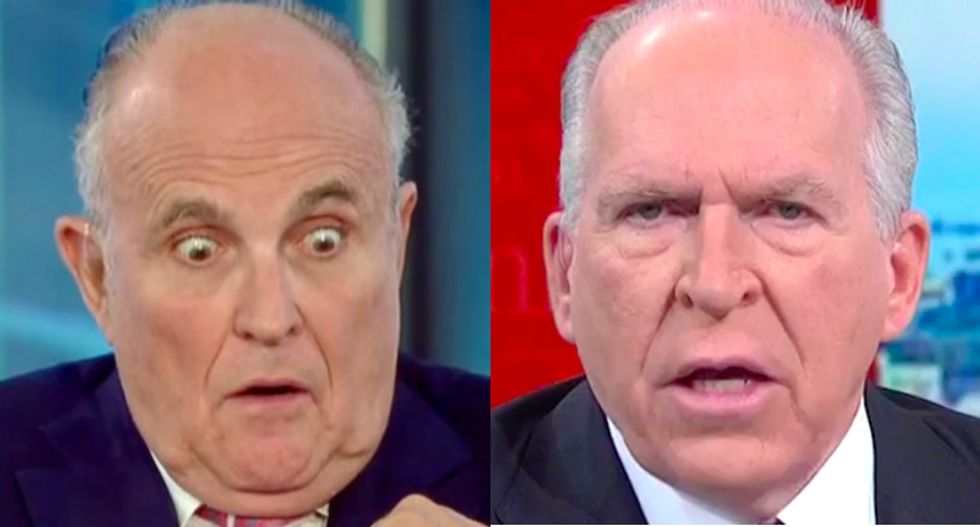 "To John Brennan: Today President Trump granted our request (Jay Sekulow and me) to handle your case," the lawyer wrote. "After threatening if you don’t it would be just like Obama’s red lines."

"Come on John you’re not a blowhard?" he added.

The message came after the fallout from Donald Trump's order stripping the former CIA director of his security clearance last week, which included a comment by Brennan where he acknowledged that he's considered suing the Trump administration.

"I am going to do whatever I can to try and prevent these abuses occurring in the future and if that means going to court I will do that," Brennan said during a Sunday appearance on Meet the Press.

In a tweet posted earlier on Monday, the president himself dared Brennan to sue him for the revocation that made headlines.

"I hope John Brennan, the worst CIA Director in our country’s history, brings a lawsuit,” Trump tweeted. “It will then be very easy to get all of his records, texts, emails and documents to show not only the poor job he did, but how he was involved with the Mueller Rigged Witch Hunt. He won’t sue!"