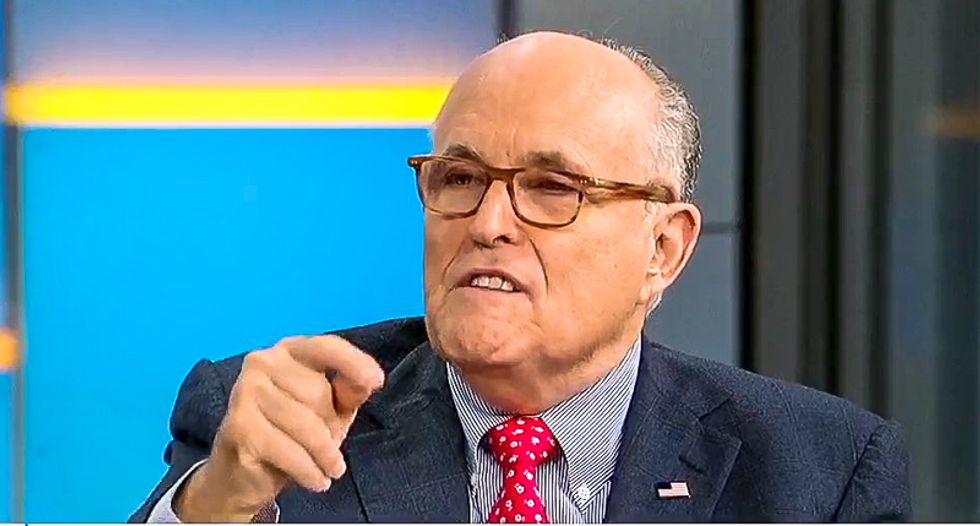 Rudy Giuliani, an attorney for President Donald Trump, revealed on Wednesday that the defense team had responded to special counsel Robert Mueller's request to interview the president.

In a statement, Giuliani confirmed that a response had been sent to Mueller, but the attorney refused to say whether Trump had agreed to the interview.

"We have responded in writing to the latest proposal from the Office of Special Counsel regarding its request to interview the president," Giuliani said in the statement. "It is not appropriate at this time to comment publicly about the content of that response."

“It’s time for the Office of the Special Counsel to conclude its inquiry without further delay,” Giuliani added.

JUST IN - in new statement from Giuliani and Sekulow - they confirm response submitted to Mueller on Trump intervie… https://t.co/Z1FCprJyap
— John Santucci (@John Santucci)1533747669.0

In a radio interview on Wednesday, Giuliani declined to reveal specifics of Trump's response to Mueller.

"It is about time that ends," he said of the Russia probe. "I also think and I hope the special counsel, we do not want to run into the November elections. Backup from that and this should be over with by September 1st. We have now given him an answer. He obviously should take a few days to consider it. We should get this resolved."

Update: The New York Times reports that Trump's legal team rejected Mueller's interview request and instead offered to participate in an interview if the scope was narrowed.