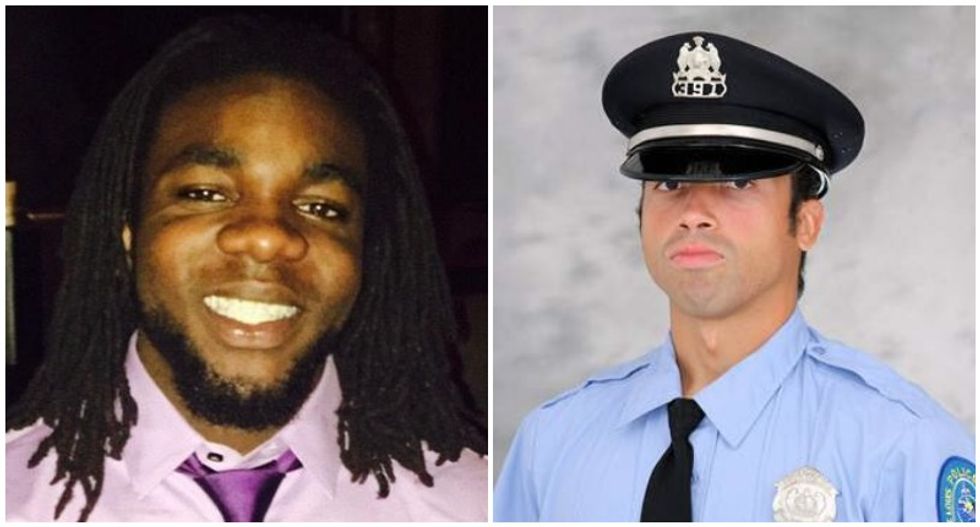 A St. Louis police officer broke a black man's jaw with a flashlight during a violent arrest over a noise violation and threatened to crack it again if he sued, according to a federal lawsuit.

Feaman tried to arrest White, who was standing outside his car downtown, for violating the city noise ordinance and disturbing the peace with loud music.

Feaman continued walking toward White, ordering him to put his hands behind his back -- and the black man nervously jogged away.

"You're under arrest!" Feaman shouted, running toward White.

White asked how he was under arrest and told the officer to "get the f*ck off" him -- and Feaman struck him in the face with a large flashlight, breaking his jaw.

The officer struck him in the back of the head again with the flashlight as he fell, and Feaman ordered him to "get on the f*cking ground" as he lay injured.

Feaman encountered White a month later at a bar after learning of a possible lawsuit, and he threatened to crack his jaw again if he sued.

White filed a lawsuit almost a year after the arrest, seeking unspecified damages for excessive force.

Misconduct reports -- obtained by activist Samuel Sinyangwe and Campaign Zero and shared with the Grassroots Accountability Movement -- show Feaman has faced numerous complaints over his treatment of young black men.

A spokesman for the police department told the newspaper the personnel records were closed.

Feaman has been a St. Louis police officer since 2003.