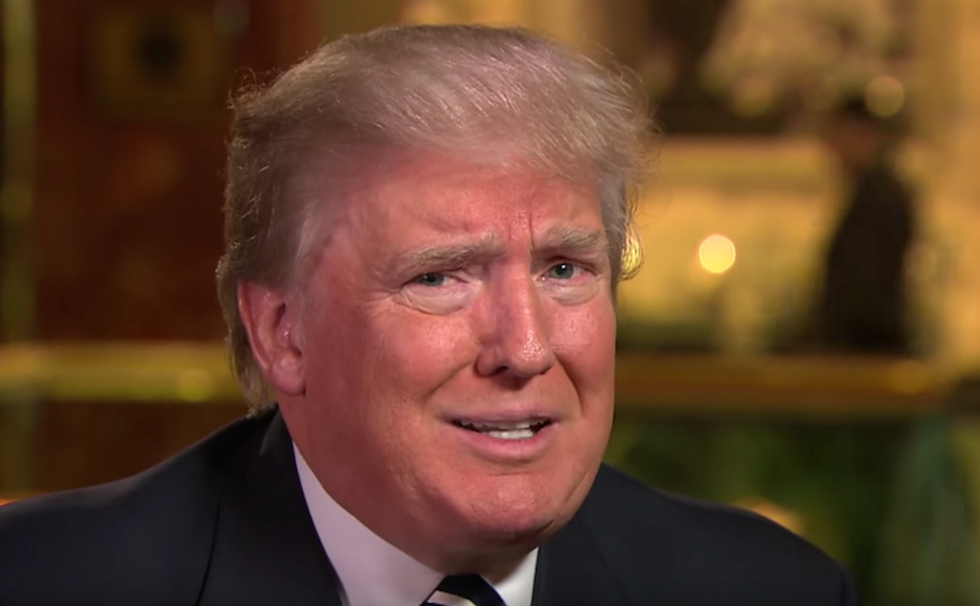 President Donald Trump on Thursday issued a bizarre tweet in which he accused NBC's Lester Holt of "fudging" an interview in which the president admitted he fired former FBI Director James Comey over the Russia investigation.

"What’s going on at CNN is happening, to different degrees, at other networks - with NBC News being the worst," the president wrote. "The good news is that Andy Lack(y) is about to be fired(?) for incompetence, and much worse. When Lester Holt got caught fudging my tape on Russia, they were hurt badly!"

During an interview with Holt in 2017, Trump said of his decision to fire Comey, "when I decided to just do it, I said to myself, I said, ‘You know, this Russia thing with Trump and Russia is a made-up story, it’s an excuse by the Democrats for having lost an election that they should have won.'"

Since Trump admitted to having the Russia probe on his mind when he fired Comey, many legal analysts have said that this could be used as evidence against him in an obstruction of justice charge.

Trump offered no evidence that Holt actually "fudged" this section of their discussion and it's unclear why the president believes that Holt did anything to alter the contents of their conversation.