'Does he think we're not going to remember': CNN panel mocks Trump for contradicting himself in James Comey tweet 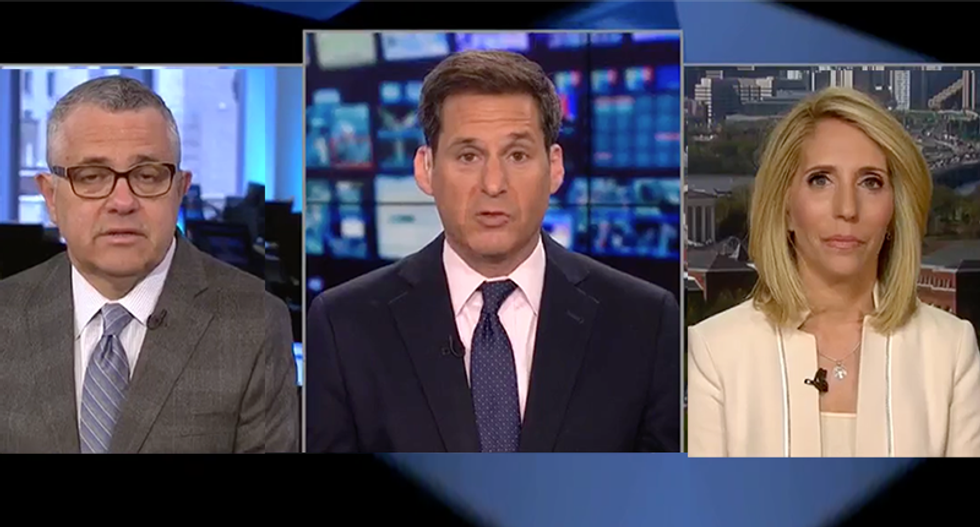 In a tweet, Trump attempted to rewrite history by claiming that he fired "slippery James Comey" for being the worst FBI director in history instead of it being about the Russia investigation. The statement is contrary to what Trump told in an interview with Lester Holt.

“In fact when I decided to just do it, I said to myself, I said, ‘You know, this Russia thing with Trump and Russia is a made-up story, it’s an excuse by the Democrats for having lost an election that they should have won,'” Trump said in the 2017 interview.

"The problem with President Trump here is President Trump," quipped CNN host John Berman. "Up is down. Black is white. Night is day, here as we deal with this statement. It is odd. It's odd because -- does he think we're not going to remember? Is he trying to blur the lines here?"

Bash described this as "exhibit A" for why Trump's attorneys don't want him to speak to special counsel Robert Mueller. She noted that when she reached out to White House sources, their only comment was "ug."

"You know, if you're tweeting out something that directly contradicts a statement that you made on camera to a network television anchor, you're going to be in trouble," she continued. "So, you know, this is classic Donald Trump in that he really doesn't have regard for things that he said before because, in his world, it doesn't matter and the truth is, in the world that he is trying to reach on Twitter, it doesn't matter for many of those people, for many people in his base. It doesn't matter. It is only up to us and those who are outside that world to remind everybody that what he said is not what he said after he fired James Comey which is it was about Russia."

Toobin noted his tweet about Stormy Daniels essentially did the same thing, where he is beginning to take the bait from attorney Michael Avenatti.

"It's amusing, and the sketch, who knows? The sketch to me looks more like Tom Brady or Jon Bon Jovi than anyone else," Toobin commented.

When it came to the reasons why Trump fired Comey, things like this tweet are critical, Toobin explained. "Because if he's fired because of that memo that Rod Rosenstein wrote that it was because of the investigation and his mishandling of it, that is not an obstruction of justice, we can argue whether it's a good thing or a bad thing. But if he fired James Comey to stop or interfere with the Russia investigation, as Trump himself suggested in that interview with Lester Holt, that's a very different story and potentially highly incriminating."

Berman explained that the tweet from Trump isn't going to change anything.

"And Dana's right, much as most Americans should be watching this television program, more of them are just reading Donald Trump's tweets, especially his supporters, and they don't hear the other side," Toobin said.