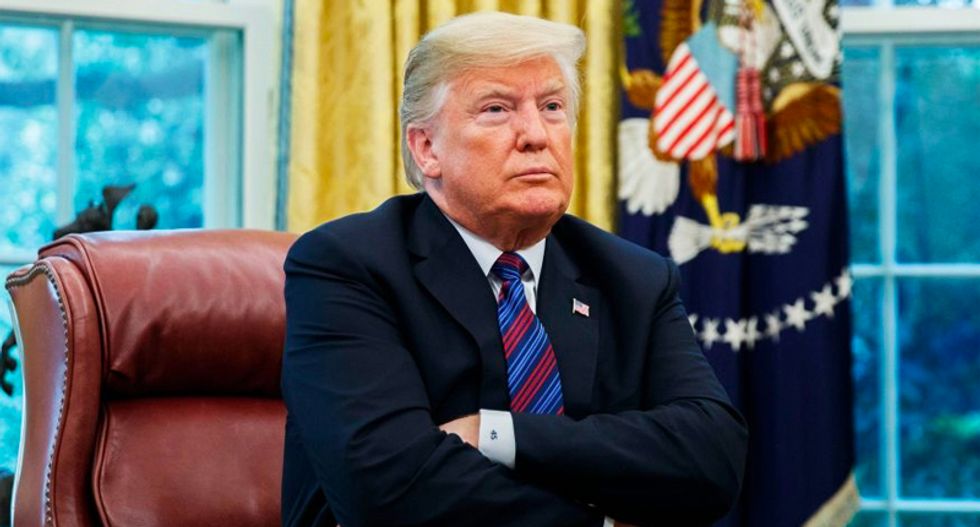 On the editorial page of the Rupert Murdoch-owned newspaper, the new agreement -- involving Mexico but not Canada -- was condemned as "notably worse in many ways," based on what little is known about it.

"The Presidents of America and Mexico announced a new trade agreement Monday that Donald Trump called 'much better' than the North American Free Trade Agreement. We’ll reserve judgment until we see the fine print, but on first inspection this is half a Nafta that contains some improvements but is notably worse in many ways," the editorial began, before warning, "Whether it can pass Congress is far from certain."

According to the Journal, the good news is that the "U.S. also seems to have stepped back from its demand for a five-year 'sunset' that was essentially a backdoor way to dampen cross-border investment. The two parties agreed instead to a 16-year pact with a review period after six years."

"The new deal has many problems, however, not least that it excludes Canada," the editors wrote. "U.S. Trade Rep Robert Lighthizer used the desire of Mexican President Enrique Peña Nieto to sign a deal before he leaves office to raise the negotiating pressure on Canada. Mr. Trump implied Monday that either Ottawa signs on or he’ll slap a 25% tariff on cars made in Canada."

"Canada handled that threat with prudent restraint, praising the U.S.-Mexico 'progress' and offering to rejoin trilateral talks this week," the editorial praised. "Mr. Trump griped Monday with cause about Canada’s dairy protection, but Canada is right to want to retain Nafta’s Chapter 19 provisions that provide a way to settle trade disputes by a special tribunal."

The Journal went onto bash the Trump agreement for stripping "current protections from most U.S. investors in Mexico."

"Countries other than Venezuela are smart enough not to send in the police to occupy a plant or hotel. They’ll use regulation to favor domestic competitors," the editors wrote, with the warning, "Believe it or not, this was a Trump-Lighthizer demand: They figure that if U.S. companies are more vulnerable to foreign abuse, CEOs will keep their money at home. This is economic nonsense since American workers prosper when their companies prosper—abroad and at home. Why make it harder for U.S. firms to court customers abroad?"

The Journal then pronounced sentence on Trump's deal by concluding: "The deal announced Monday has moving parts and there is still time to make improvements before it is signed and sent to Congress. We’re glad to see Mr. Trump step back from the suicide of Nafta withdrawal, but on the public evidence so far his new deal is worse."

You can read the whole editorial here (subscription required).