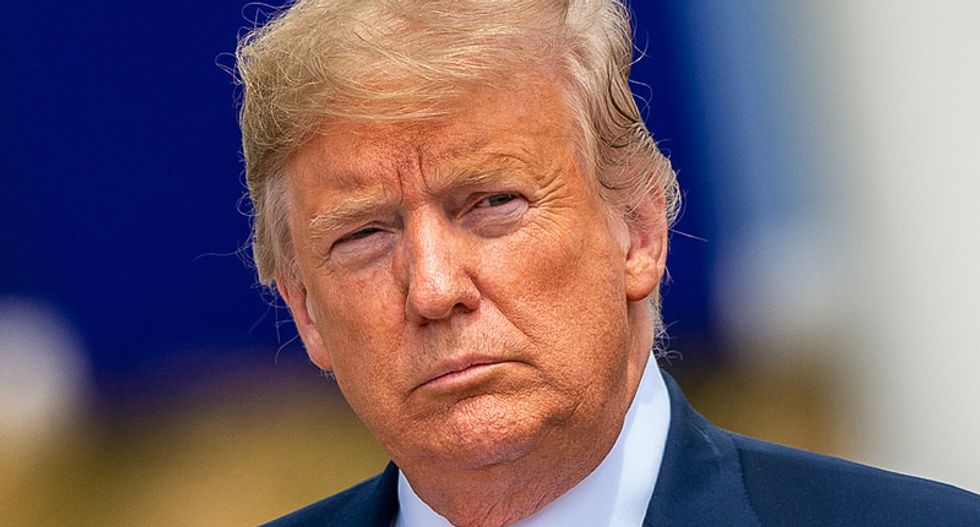 The editorial board of the Wall Street Journal delivered a reality check to President Donald Trump on Thursday morning, saying his claim of a "red wave" in the coming midterms could not be further from the truth.

On Wednesday, President Donald Trump tweeted a simple all-caps "RED WAVE!," on Twitter expressing his belief that the GOP will be making large gains in November.

According to the WSJ, the Republican Party is instead looking at devastating losses tied directly to the president's unpopularity and even more unpopular policies.

"Republicans on present trend are poised in November to lose their majority in the House of Representatives and a slew of governorships," the editorial bluntly began. "That’s the clear message from Tuesday’s election contests and a growing body of evidence. The President’s persona is trumping positive policy results among voters, and without some intervening news or a change in strategy the result is likely to be a national left turn."

According to the editors, the GOP narrowly averted a devastating loss in an Ohio special election, and that is a warning sign that there is major trouble on the horizon for Republicans seeking to hold both houses of Congress.

"The ominous news for Republicans is that they hold about 68 House seats that are less Republican than this Ohio district. Most include stretches of suburbia that have been GOP strongholds but where many voters dislike Mr. Trump’s abrasive style and polarizing governance," the editorial warned, noting Democrats only need to pick up 23 seats to retake the House.

According to the WSJ, the GOP's biggest problem going into the midterms is the face of the party; President Donald J Trump.

"Tuesday’s results cast doubt on the current White House strategy to make the election a referendum on Donald J. Trump," the piece maintained. "His omnipresence also motivates Democrats, while it may de-motivate soft Republicans and independents who dislike Mr. Trump."

Touching on "swing voters" Republicans need to stave off losses, the Journal said Trump is driving them away.

"They aren’t impressed by Mr. Trump’s name-calling, his brawls with the media or taunts of LeBron James," they wrote. "They don’t like the debacle of family separations driven by immigration-enforcement obsessives inside the White House."

"Trade protectionism also doesn’t help among Republicans who work in large companies (and live in those swing districts) and are beginning to see the cost of tariffs. GOP policy successes on the economy and taxes are drowned out by the Trump cacophony," the piece continued, before noting that the Senate is in play.

"In this political environment, even the GOP’s Senate majority isn’t safe," the editors continued. "Only three or four GOP seats are in play, but the party could lose Nevada, Arizona, and Tennessee. Republicans need to defeat Democratic incumbents to hold the Senate, which isn’t easy in this kind of year."

Then came the big warning.

"Our sense is that Republican voters haven’t recognized how much jeopardy the party is in," they explained. "Many are content to listen only to their safe media spaces that repeat illusions about a 'red wave' and invoke 2016 when the media said Mr. Trump couldn’t win"

You can read the whole piece here (subscription required)