WATCH: Conservative Charlie Sykes and Bill Maher explain how the GOP can stop Trump from being re-elected 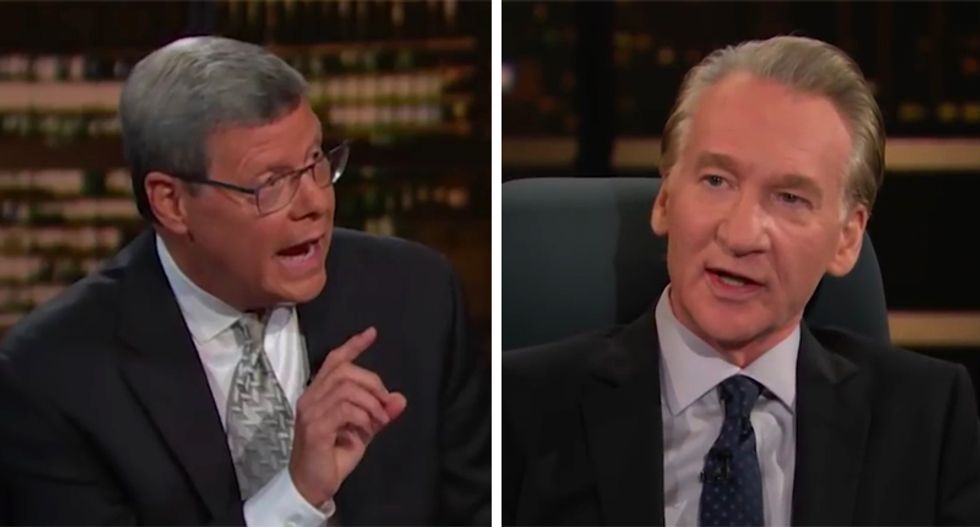 During the Overtime portion of HBO's Real Time with Bill Maher, conservative commentator Charlie Sykes was asked by the host if he was going to vote for Democrats in the upcoming midterm election to rein in President Donald Trump.

"I'd prefer to vote for sane rational Republicans but I can't find them" Sykes offered. "I do think America needs two not-crazy parties and I do think the principled conservatives have abandoned the party and left it to the swamp-lizards, the crack-pots and the Trump-ets."

"As of right now, I don't see any constituency for Republicans that is going to stand up against Donald Trump," he added. "I think this election is going to be a referendum on Constitutional democracy."

"What about the next presidential election?" host Maher asked. "[Ohio Republican ] John Kasich looks like he is making some moves, I mean Mitt Romney, if he can find a spine. Do you think there will be a challenge from the Republican classic wing of the party?"

"There will be a challenge but it will fail because the party has become a cult," Sykes replied.

"Wait," Maher shot back. "It won't fail if it saps enough votes away to elect a Democrat. It will succeed."

"'Right," the conservative conceded. "Third party candidate will be interesting, but don't underestimate that Trump can be re-elected. Never underestimate the capacity of the Democrats to blow this."