Watch: Fox News host Jeanine Pirro claims Bob Mueller is 'panicking' -- and that he was involved in Benghazi 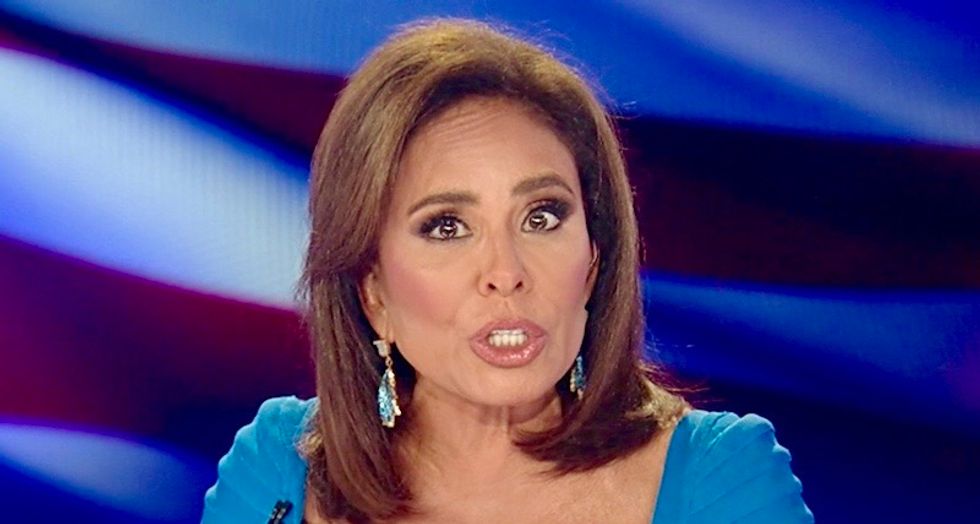 Like last week, when she debuted a bonkers new theory and alleged that Mueller that he needed to hire his own criminal defense lawyer, Pirro again alleged that the former FBI director is a criminal.

This time, she tied him to the Benghazi conspiracy, a series of outlandish and interrelated right-wing claims about the attack on an embassy in Libya.

"When covert missions go wrong, the government calls in its own cleaner," Pirro said. "And when things go terribly wrong for the Democrats, they don't just call in a cleaner to get the job done, they call in someone who's been in the clean-up business a long time, they call in the serial cleaner, former FBI director and current special prosecutor Bob Mueller."

It's all part of the efforts by the "Trump-hating deep state" to cover for Hillary Clinton's performance in the 2016 election, she alleged.

"Bob, aren't you embarrassed by this whole fiasco around you?" Pirro asked. "You're panicking now, Bob. Because Donald Trump's legal team doesn't want him to talk to your team of Trump-haters."

Pirro then tied Mueller to the Benghazi attack.

"Your credentials as a serial government cleaner are really good," Pirro said. "You testified, after four Americans are killed in Benghazi, to cover for Hillary Clinton's incompetence. Bob, why would you say that the FBI couldn't get into Benghazi?"