WATCH: GOP lawmaker on CNN squirms out of blaming Trump for tariffs he thinks will cause a recession 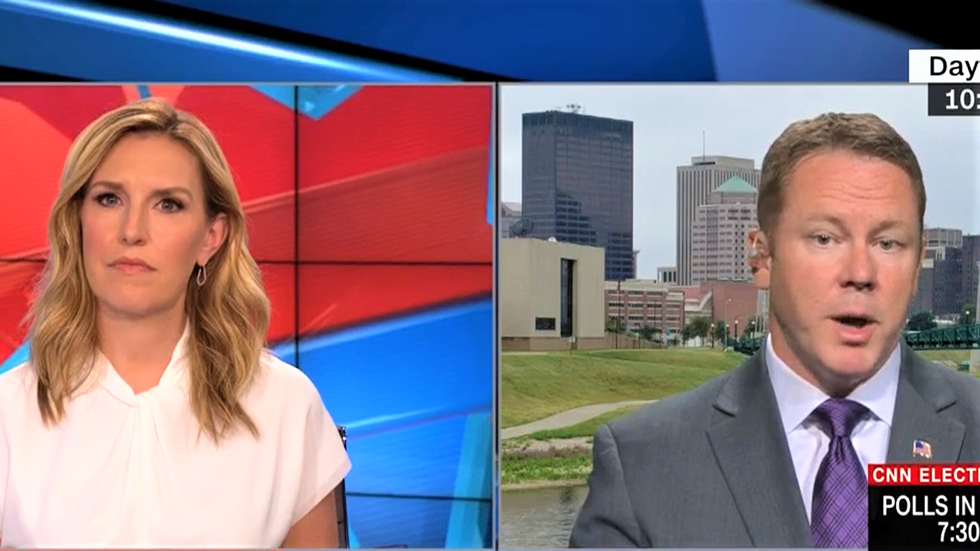 Rep. Warren Davidson (R-OH) on Tuesday admitted that he believed President Donald Trump's trade wars with multiple countries could tip the United States into a recession -- but he nonetheless refused to pin the blame on Trump for the harm his tariffs are doing to his own district.

During an interview with CNN's Poppy Harlow, the host asked Davidson about past statements where he said that Trump needed to end his massive trade war with China, Mexico, Canada and Europe or risk depressing the economy to the point where America plunges into a recession.

Even though Davidson still thinks the president's tariffs will cause a recession if they aren't lifted, he immediately responded to Harlow's question by saying, "I don't blame President Trump."

After listening to Davidson walk through his support for a more balanced trade policy in the U.S. to better protect American manufacturers, Harlow then cornered him on why he didn't think Trump bore responsibility for his own administration's policies.

"How can you not blame the president for a policy that you say will cause a recession if it's not ended?" she asked.

He then went on to say that while Trump has endorsed this strategy, he's not fully to blame for it because he's been "led down this strategy" by trade adviser Peter Navarro.