WATCH: Morning Joe and Mika lecture 'trashy' Laura Ingraham on what it really means to be an American 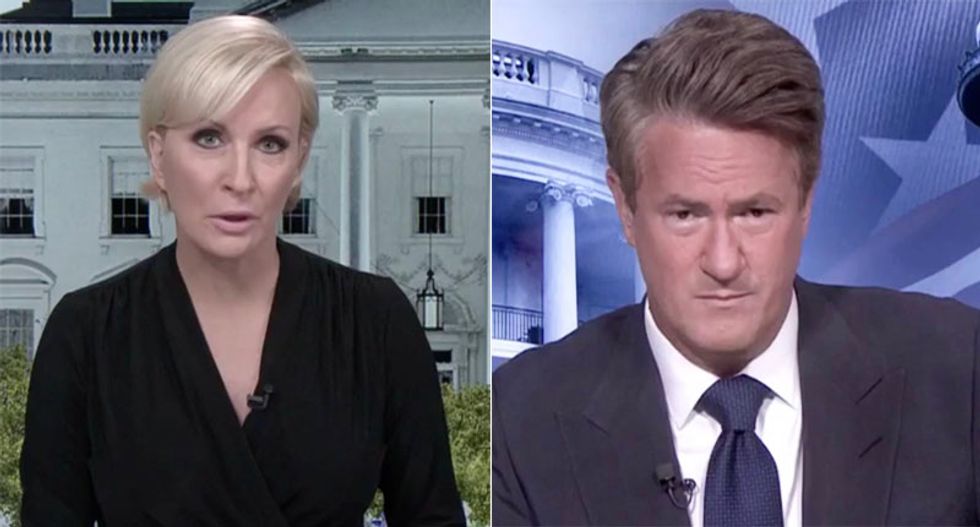 MSNBC's Joe Scarborough and Mika Brzezinski opened Friday's Morning Joe with a harsh condemnation of Laura Ingraham of Fox News who is still reeling from the backlash over her comments on immigrants on Wednesday night.

The grim-faced MSNBC duo used a film clip of revered conservative President Ronald Reagan saying "anyone from any corner of the earth can come to live in America and become an American," to drive home their point.

"Watching Ronald Reagan speak that way actually brings me to tears right now," co-host Brzezinski began following the clip. "Especially seeing the way Laura Ingraham really tried to encapsulate her vision of America right before that. It is one beautiful outlook on how we have become this beautiful country, versus something very trashy, very ugly, and very sad."

"He [Reagan] had this beautiful talent to reconnect us with who we were that, about that dream that was and that is America, and even when we fall short, and we have fallen short so many times through the years," Scarborough agreed.

"It's pretty simple," he lectured. "You read the document, you understand the document, you pledge allegiance to the document, and we shake your hand, and you are every bit as much of an American as me and other people who have been here for 400 years. Just like that, that's the magic of America.

"And guess what? No president, no radio talk show host, no white supremacist in Virginia can ever change that," Scarborough added, including President Donald Trump and  Virginia Republican Corey Stewart in his attack.