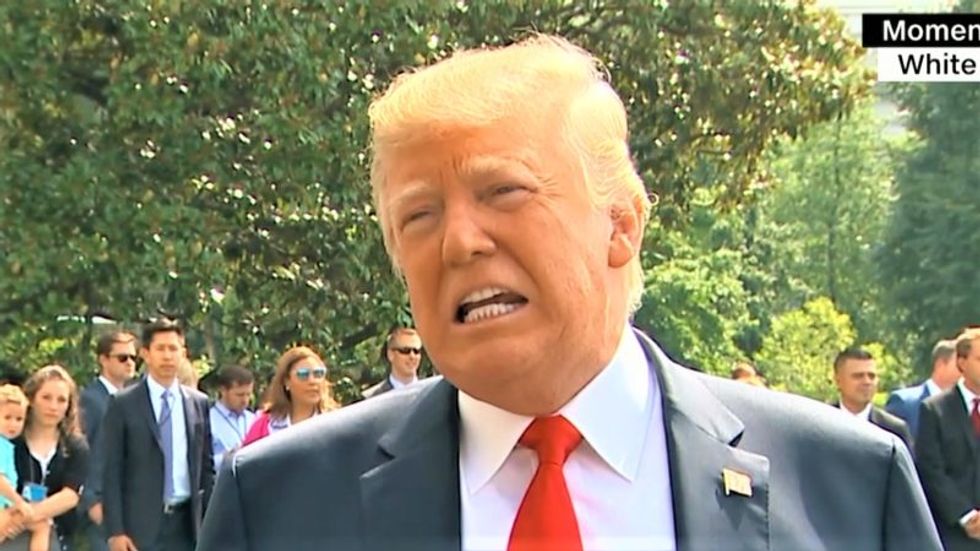 President Donald Trump on Friday lashed out against multiple career national security officials while praising former campaign chairman Paul Manafort, who is on trial for charges of money laundering and tax fraud.

When asked about Manafort, Trump said the fact that his former campaign chairman was on trial was "very sad" for the United States.

"I think the whole Manafort trial is very sad," the president said. "When you look at what's going on there, I think it's a very sad day for our country. He worked for me for a very short period of time. He happens to be a very good person. I think it's very sad what they've done to Paul Manafort."

Trump also attacked multiple former national security officials whom he accused of colluding against him -- and he also said that special counsel Robert Mueller had multiple "conflicts" that made him unfit to investigate the president.

"Mueller has a lot of conflicts also directly," Trump said. "You know that Mr. Mueller is highly conflicted. In fact, Comey is, like, his best friend. I could go into conflict after conflict. Sadly, Mr. Mueller is conflicted. Let him write his report. We did nothing. There's no collusion."