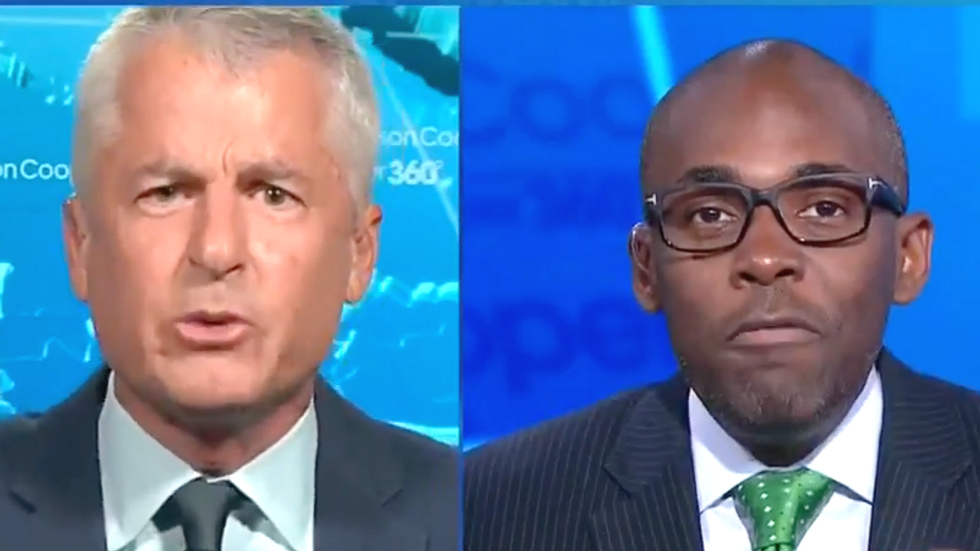 "A lot of these people that have these security clearances, and this is the secret in swampy Washington, D.C. They have them and they keep them because it's profitable for them after they leave government," Dennard said. "Because if you have a security clearance, especially a high-level security clearance, your contracts and consulting gigs pay you a lot more money because of the access that you have."

Mudd then yelled at Dennard for suggesting he gets paid.

"Profitable, Paris? When I'm required to sit on an advisory board, let me ask you one question, how much do you think I'm paid to do that at the request of U.S. government?" Mudd asked. "Give me one answer, and you've got ten seconds. I have no contracts, with the U.S. government they pay me zero."

Dennard then tried to claim that President Trump should set up a new process for security clearances. Before he could finish,  Sciutto fact-checked him.

Sciutto said the process he is advocating for is exactly the one that the president is revoking from people.

"What I would hope, Jim is that there is a mechanism, so that if called upon and if needed, the individuals that served prior could come back and do it on a temporary basis," Dennard said.

"That's exactly what this is. To be clear, there is a misunderstanding, I don't know if you know, just for the sake of our viewers, to have a clearance doesn't mean that David Cohen can walk into the CIA any day and call up classified files," Sciutto said. "It means that if he's called upon, he is already cleared to go into that building and view classified information."

Watch the video below CNN.