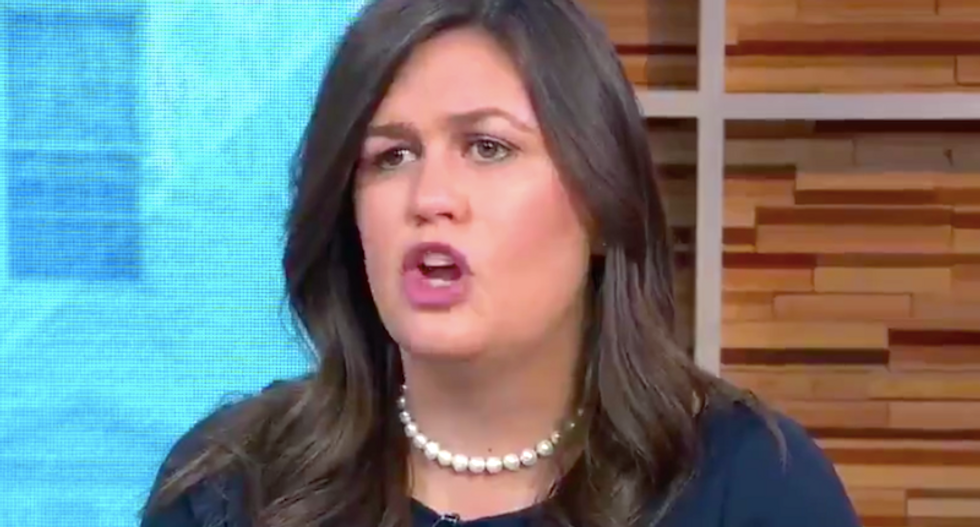 “It does seem that the president has already reached a judgment about their stories," Stephanopoulos said, "and when Roy Moore and Bill O’Reilly and Roger Ailes, Rob Porter accused and now when Brett Kavanaugh is accused, the president consistently, every single time, takes the side of the man.”

The question did not knock Sanders off message, and she instead tried to turn the accusations back on Democrats.

"It’s interesting that you say that," she said. "It’s a lot of Democrats that like to ignore Keith Ellison and Cory Booker and love to fight and champion women until they disagree.”

Stephanopoulos pointed out that Trump had never sided with accusers, and instead always defended men.

“That’s not true,” Sanders said, but did not provide evidence. “In this case, the president knows Brett Kavanaugh, he’s heard his story. There hasn’t been a shred of evidence to corroborate the other individual stories, and there has been a lot of individuals that have come forward and talked about the Brett Kavanaugh that they know and they’re confident these things didn’t happen.”