'This is an absolute disgrace': Avenatti blisters 'lying' Grassley and shameless GOP for covering up for Kavanaugh 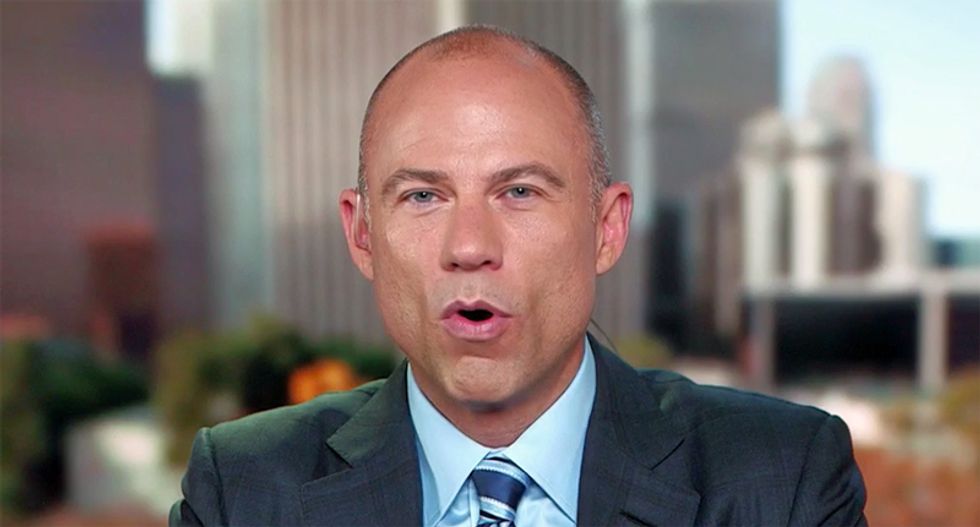 Attorney Michael Avenatti on Friday vowed to keep pushing to let Americans hear the story of his client, Julie Swetnick, who alleges that Supreme Court nominee Brett Kavanaugh took part in gang rapes in the 1980s.

Writing on Twitter, Avenatti slammed the Republicans on the Senate Judiciary Committee for refusing to let Swetnick testify, despite the letters he sent them requesting that they let her speak before the Senate.

"Because Donald Trump and the Senate Republicans refuse to allow my client Julie Swetnick to testify, we will be taking her story directly to the American people this weekend," he wrote. "This is about a search for the truth. Details to follow."

Because @realDonaldTrump and the Senate Republicans refuse to allow my client Julie Swetnick to testify, we will b… https://t.co/v9IGRIIKtS
— Michael Avenatti (@Michael Avenatti) 1538139675.0

In a followup tweet, Avenatti attacked Sen. Chuck Grassley (R-IA) for ignoring his emails to his staff requesting that Swetnick be given the opportunity to tell her story.

"These men have no shame," he wrote. "They will do anything and say anything to install Kavanaugh on the Supreme Court so he can trample women’s rights. This is an absolute disgrace."

Avenatti then wrote that "all of the other GOP misogynists in the US Senate can attack me all they want" but warned them that "these old white men still don’t understand that assault victims and women deserve respect and to be heard."

.@realDonaldTrump @LindseyGrahamSC @ChuckGrassley and all of the other GOP misogynists in the US Senate can attack… https://t.co/66ryyp7c8C
— Michael Avenatti (@Michael Avenatti) 1538147694.0