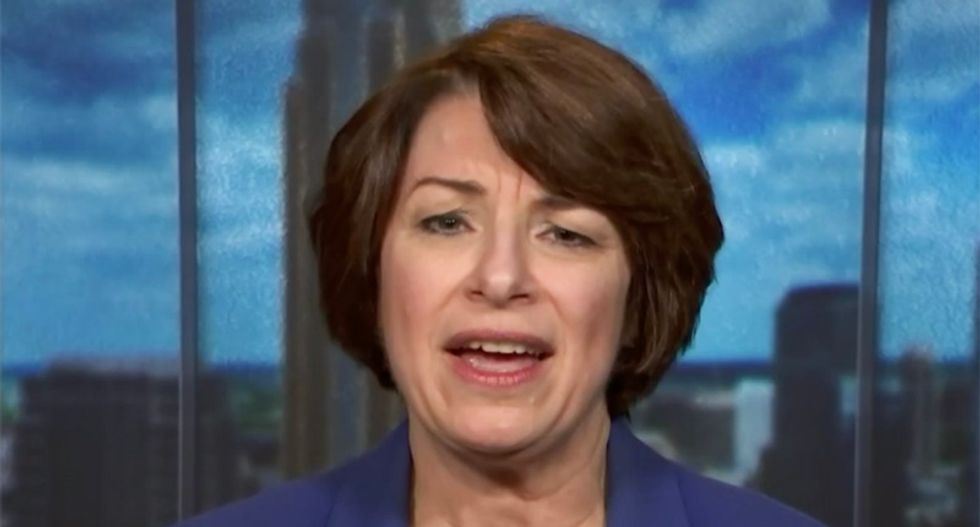 Appearing on CBS on Sunday morning, Sen. Amy Klobuchar (D-MN), who has stepped to the forefront of the questioning of embattled Supreme Court nominee Brett Kavanaugh, said the judge may not remember all of his actions from his teen and college years due to reports of his "excessive drinking."

Speaking with Face The Nation host John Dickerson, the former prosecutor was first asked what she expected of the FBI which is investigating accusations of sexual assault and heavy drinking.

"I think it's really important that the FBI get to the bottom of the evidence here because what happened in that hearing, was that a number of my colleagues on the other side of the aisle said that they respected Dr. Ford, that they thought she had dignity, that they found her testimony compelling," the senator replied. "Well, you don't respect her if you don't try to figure out what actually happened."

"Do you expect the FBI to look into the claims that Judge Kavanaugh made to you and others on the committee about his drinking habits, about college, about high school is the inquiry going to go into testing whether those statements were true?" Dickerson pressed.

"Well I think that is relevant because when I was asking him about whether or not he had blacked out, or may be partially blacked out in the past because of excessive drinking he just turned it back on me instead of really answering that question," she recalled in reference to snide attack on her which he later apologized for. "And the reason it's relevant is perhaps he doesn't remember what happened because there were repeated incidences of this excessive drinking. And so I do think it's relevant."

"But again, I don't think people should be micromanaging the FBI investigation. We can make very clear that we think that should do the broad investigation we can get in a week which is all Senator Flake would ask for," she added. "But again, at least he asked for it, unlike some of my colleagues that just thought they should march ahead when a woman was telling her story not just to a jury box of strangers."