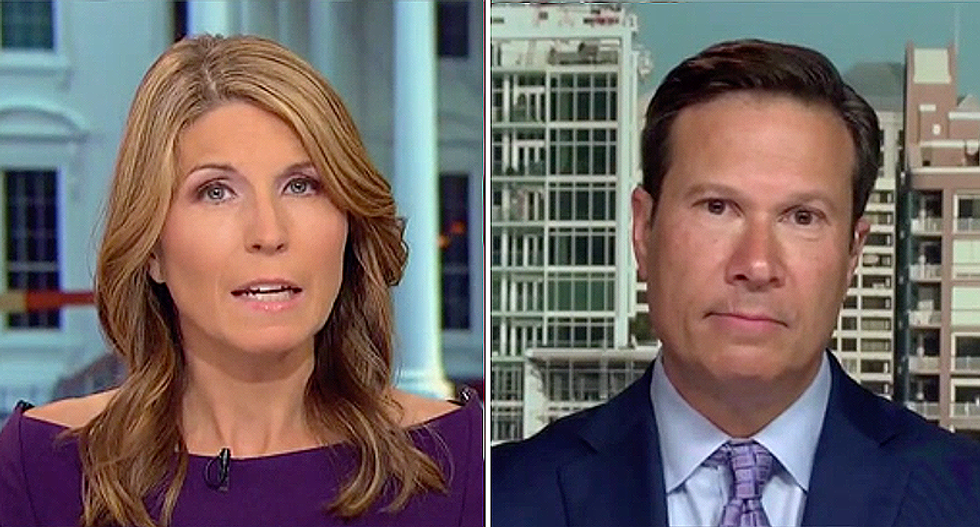 On Monday Frank Figliuzzi, the former Assistant Director for Counterintelligence at the FBI told MSNBC's Nicolle Wallace that we can expect Deputy Attorney General Rod Rosenstein's resignation in the near future.

Wallace asked Figliuzzi why Rosenstein said he should have allegedly wear a wire.

"[Everybody from] prosecutors, FBI agents, and cops the only time they talk about wearing a wire is when it's against a bad guy," Figliuzzi said. "So, understand the gravity of the Deputy Attorney General of the United States actually verbalizing the possibility that he might wear a wire against the president of the United States in the oval office."

He added, "And what that means about the mindset of the Deputy Attorney General at the time and what the president was doing at that time."

"So what do we do next?" Wallace asked.

"I think we realistically anticipate the dismissal of the Deputy Attorney General — whether it's before November midterms or not," he said.

"If you're on the Mueller team — which is what I'm thinking about now, you're essentially doing that embassy consulate drill where the embassy is about to be overtaken and you start assuming you're about to be compromised," he said.