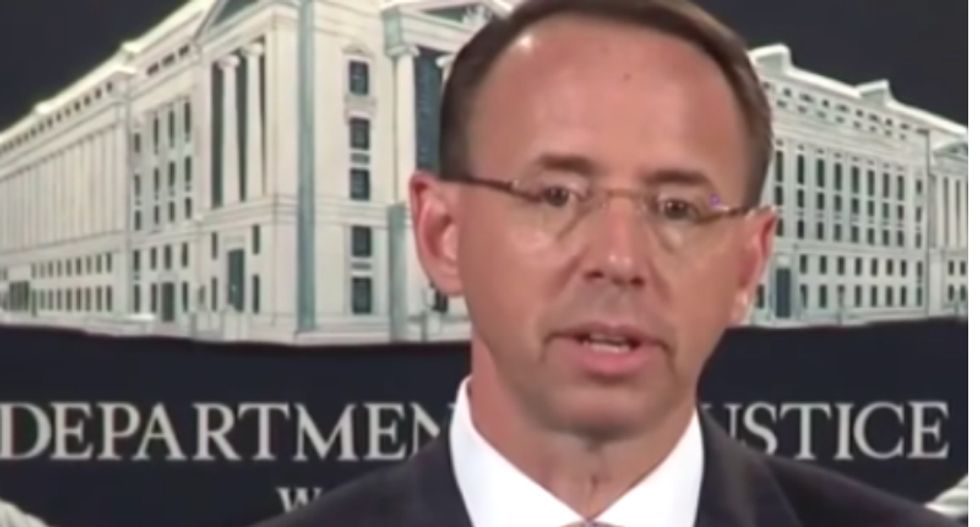 A heavily-redacted document signed by Deputy Attorney General Rod Rosenstein could be the key to Donald Trump's increasing attacks against him.

"Trump not only wants Rosenstein out—he wants to make Rosenstein part of his Deep State/Drain the Swamp/They’re all out to get me narrative," Sumner wrote. "He wants it immediately. Because this thing is slipping away from him by the hour, and he knows it."

The results of Mueller's expanded investigation have already shaken Trump to his core, the writer noted.

If Trump can get rid of Rosenstein, he can instate Solicitor General Noel Francisco, the next-in-line at the Justice Department — an official likely to be much less friendly to Mueller who would allow the investigation to end more to the liking of the president.

Firing the deputy attorney general or forcing him to resign will also allow him to kill the redacted special counsel authorization — a document that likely contains "all the money-laundering, tax evasion, bank fraud, and conspiracy on which Manafort has been convicted," Sumner wrote.

Read the entire analysis via Alternet.