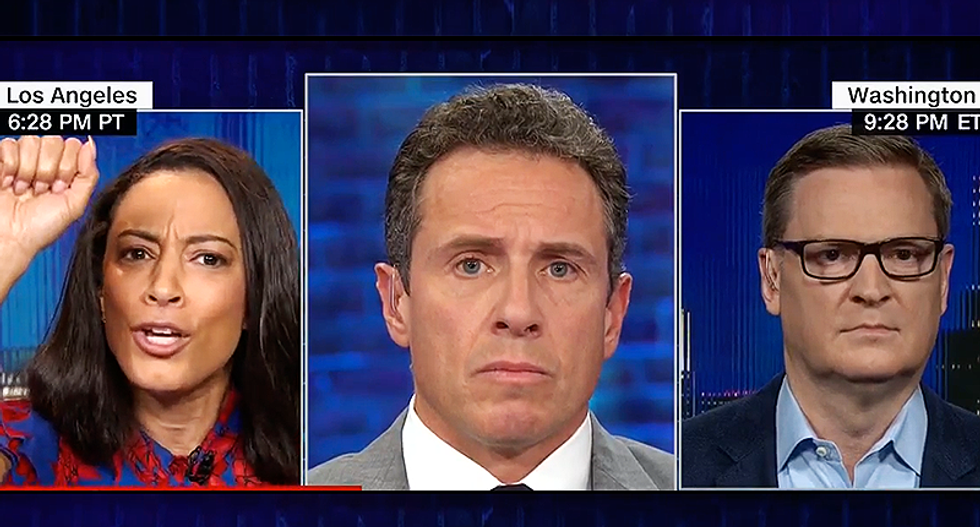 During the discussion with CNN's Chris Cuomo, Rye argued that Dr. Christian Blasey Ford, who accused Kavanaugh of sexual assault, deserved her day in court.

"The real challenge is Republicans have demonstrated a pattern and practice of not caring about women. I think this is a bipartisan, women being treated as objects, and like toys," Rye said.

Shields refuted by calling the Democratic party and their agenda to delay Kavanaugh's hearing as "militant."

"Anyone who understands the Senate knows you can move a vote, and you can lose a vote. The Democrats have been pretty open and clear that their entire tactic is to delay," Sheilds said. "What this is about on the left is pro-choice. The largest base of the Democratic Party, the most active and now becoming a borderline militant base of the democratic party — are the pro-choice activists."

Rye stopped him right in his tracks. "Republicans have women issues. You just called women having the right to choose, 'militant,' come on," she said.